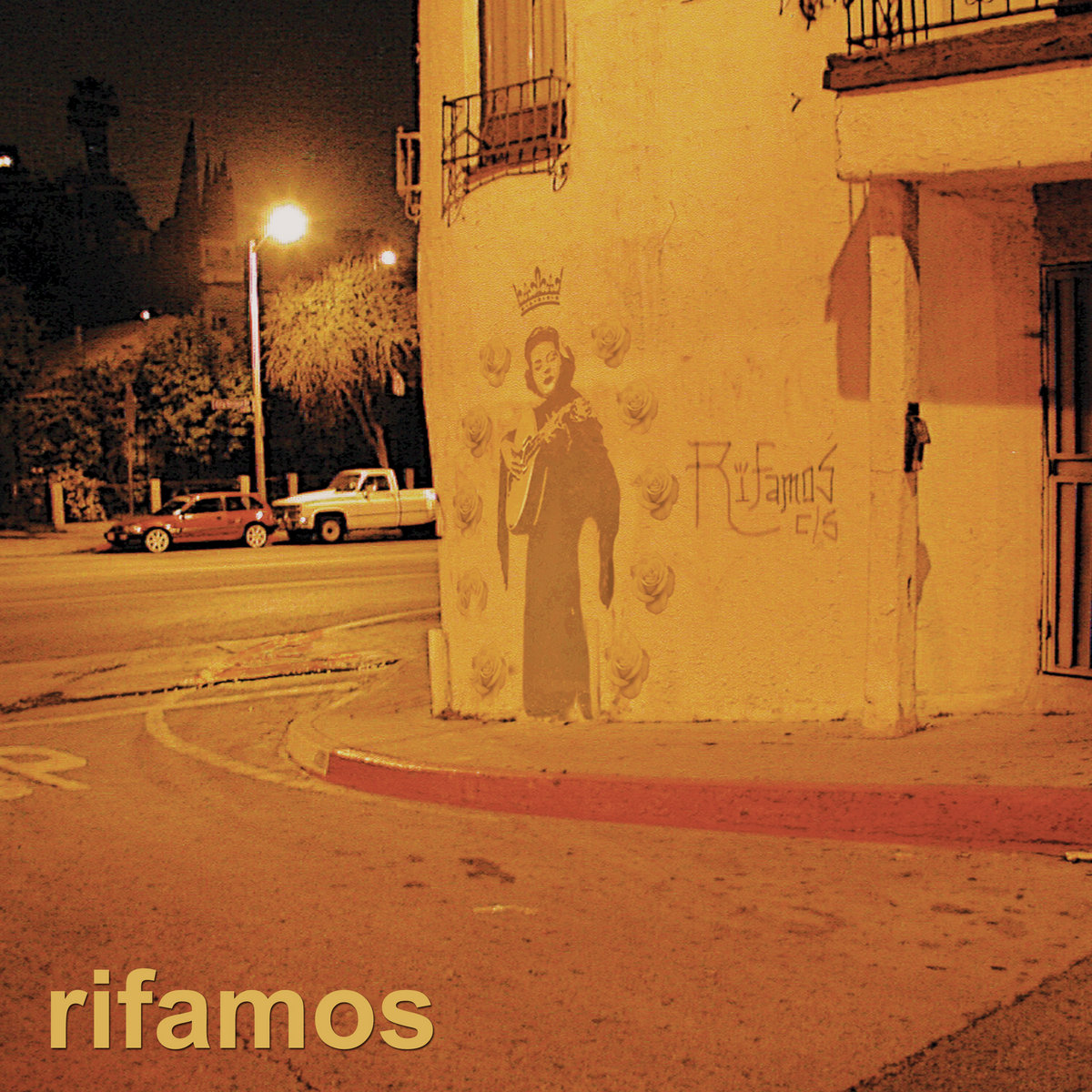 When distinctly evocative music is potent enough, the actual physical location of the listener hardly matters—we are at the whim of the soundscape, and readily or not, we will be transported into it. The self-titled debut album from Rifamos, with its spacious psychedelic rock and world-building western ambiance, has precisely this enveloping quality. Rifamos is a one-way train ride to the unbroken expanse of the desert southwest, and it beckons charmingly for listeners to join.

Across 12 unified tracks, Rifamos wordlessly conjures a variety of scenes and images. Because the album shifts between sequences of fast-paced drama and slower, arid interludes, the overall effect is storylike; scenes shift with the pace of cinematic adventure.

While layers of acoustic and electric guitar overlap to create rising and falling narrative action, it is the persistent and vigorous drums that keep the plot moving forward on Rifamos. Regular bouts of snare-heavy fills and memorable percussive textures provide a certain chronology that elevates the entire mix.

Though Rifamos’ music dwells thoroughly in the wide open spaces of western lands and the vastness of barren frontiers, these tracks feel equally at home among the urban sprawl. The band describes their music as suggestive of “the middle of nowhere” and also of “dudes in pressed chinos stepping out of lowriders.” This evaluation checks out—I listened to the album while running errands in the heart of downtown SLC, and with a cool versatility, these tracks soaked gracefully into the metropolitan scenery. Perhaps it’s the earthly quality of the lead guitar’s croon that allows these tracks to apply universally. That said, listeners do not need to hike out into red-rock desolation to enjoy Rifamos. Accompanied by this album’s mesmeric mass of unusual scales and heavy reverb, even an average trip to the grocery store can feel like a heroic quest. –Austin Beck-Doss