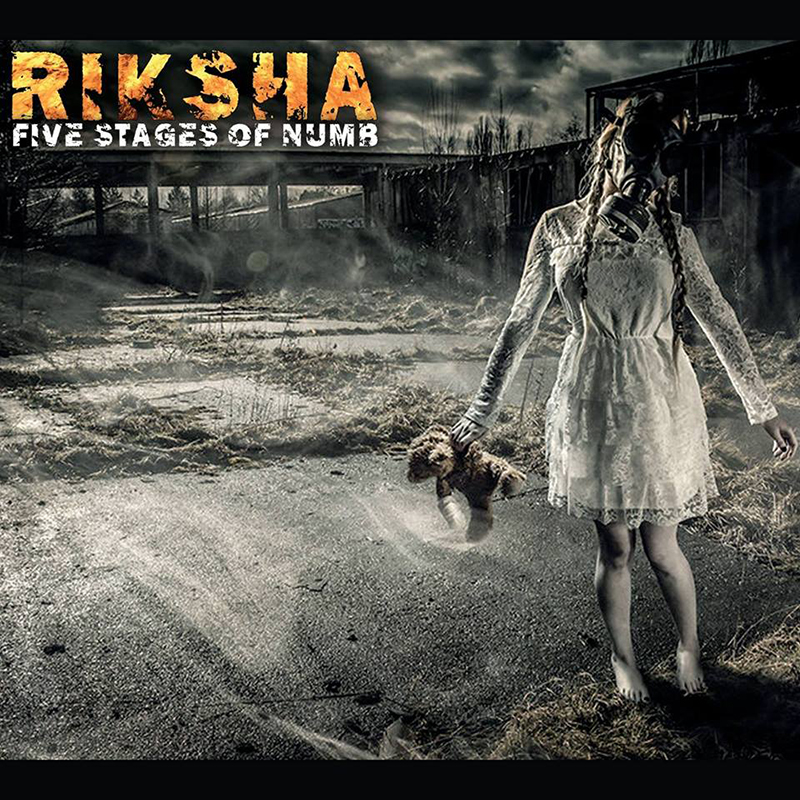 With guitars tuned down to near Djent levels and highly atmospheric, harmonious overtones to complement and contrast their otherwise abrasive counterparts of eccentric guitar riffs and breakdowns, Riksha have really come into their own since their inception seven years ago. As the third album under their belt, Five Stages of Numb doesn’t stray from their blend of thrash, prog and groove metal—sticking with their sound that, quite honestly, they do pretty well.

The intro track, “Departure Eminent,” has a creeping piano melody that crescendos with every repetition over the course of 77 seconds until the call-and-repeat guitar riffs of the title track take over to destroy everything in its path. The following tracks, “Shovel It” and “Skeleton Rain Dance” keep a similar sludgy pace, which trades blows for the more rapid “Banging Danger,” which is just seeping with pummeling riffs. The closing song, “Save Me,” is carried by these crawling atonal riffs with off-kilter drum patterns reminiscent of Lamb of God before a plethora of beatdown riffs take hold and are accompanied by an organ sound that could serve as the musical accompaniment for a silent horror film.

There’s an early 2000s metal vibe that goes with this album: jagged screams and growls and charging, groove-oriented, open-note riffs that switch to near orchestral melodies with the aid of clean vocal intonations. I will say the use of autotune gets a little too much for my taste, but compared to how much it’s been exploited by other artists, I’ll take a little over a lot any day. I will admit, after the first listen, I didn’t think too highly of Five Stages of Numb, thinking that I would just be listening to another metalcore album. While it has characteristics of said genre as well as other styles of metal, it had quite a few variations that make Riksha really stand out as their own entity. –Eric U. Norris