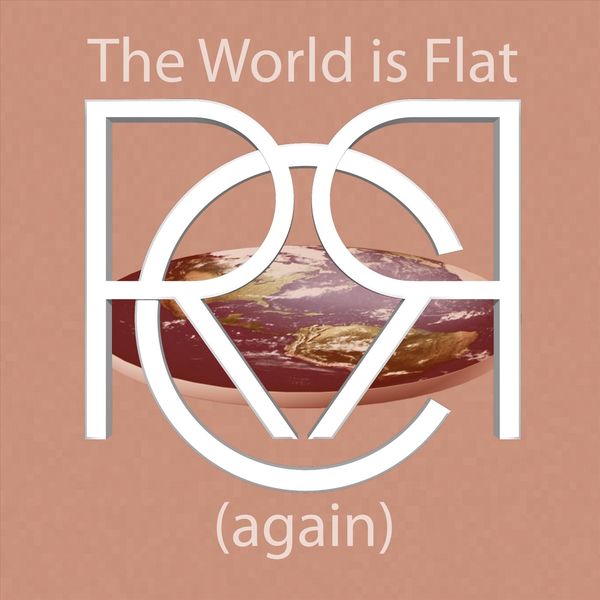 We know it’s the real deal when there’s a trumpet involved. Still, this sound appears on just one track on Rose Colored Roots’ recently released album, The World is Flat (Again). Each track is a completely different story— a stark surprise from the one that just played. To listen is to be completely on your toes and captured in sonic intricacies. Also featured in The World is Flat (Again) is cello, layered and dramatic keyboards and synths, abstract electronics, classic and clean guitar solos, and heavily distorted rhythm guitar parts—if that gives you any idea of the extent of instrumental color Rose Colored Roots present here.

Rose Colored Roots’ sound is like progressive rock-plus-jazz, but there’s also hints of psychedelic rock here and there as well. It’s a combination of today’s genre-bending world that you don’t often see. Probably the most impressive thing about The World is Flat (Again) is how the instruments play off of each other, making it feel intricate and at moments very progressive.

At times, as in the track “Nickels and Dimes,” the keyboard is used almost in accordance with the rhythm section. In a few places, such as the song “Serenity,” I got definite Rush vibes from the drum fills—they absolutely smash and then eventually come back to pick the rest of the instruments up. The transition from instrument to instrument is seamless, and each one has it’s moment to kill it.

The vocals play a part in that too, and I think for that reason I could listen to the chorus of the title track forever. The backup vocals carry each phrase into the next while the rhythm section jams out. Not only is it a blast to listen to, but the concept of the song is like a big joke, and the instruments echo that playful and nonchalant tone. Lead singer Devin Moore sings, “The world is flat again / I hold it in my hands / the swirling sea and sand / the loving wife and man” on the chorus. It reminds me of The Killers, where the lyrics *almost* make sense, and for that reason, it’s just the best.

The World is Flat (Again) is a trend-setter, for sure. Rose Colored Roots have managed to take elements from all of their different musical backgrounds and make them applicable to a wide range of listeners in a way that’s completely new. Whether you’re a true flat-Earther or not, this record is relatable on any front. Find their new sound available on Spotify or Apple Music, and check the band’s website at www.rosecoloredroots.com for more goods. –Mary Culbertson