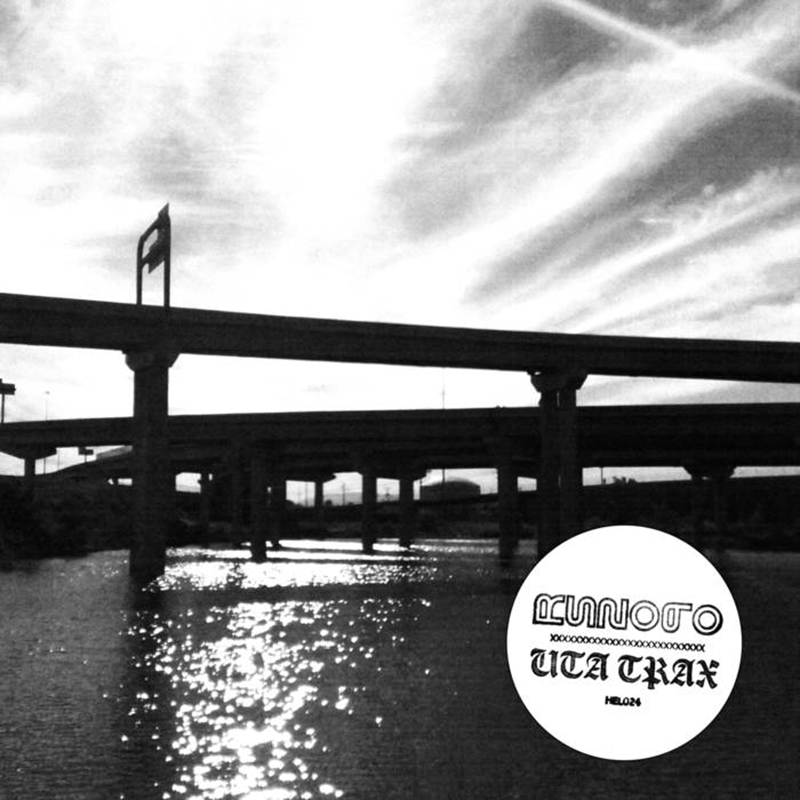 Here stands yet another fantastic entrant into the Hel Audio catalogue.  RS2090 & UTA Trax have created a split album—available digitally and on cassette—that is positively danceable. In contrast to some of their label mates and many new local noise acts, RS2090& UTA Trax don’t forsake the human element in electronic music, but, in fact, embrace it, inviting us to a world where dancer and dance music are intrinsic and inalienable.

The black and white cover depicts a section of our beloved spaghetti bowl rising high over a small body of water, instantly bringing to mind Simon & Garfunkel’s famous “Bridge Over Troubled Water.” Yet, RS2090/UTA Trax isn’t so much about going over troubled emotional waters, but instead bridging many diverse types of dance music into one highly satisfying mix.

The RS2090 side of the split begins with “It’s Whatever.” A kind of electronic winding sound permeates the track, prepping the audience for the whole, and eventually moves on to explore a trance sound with tremolo and flange modulations over a house beat. “Big Mountain (Feat. UTA Trax)” begins with a sound clip of seagulls and a man seemingly giving a tour of the Great Salt Lake, and then goes on to explore a similar sonic spectrum as its predecessor’s, with the exception of some more percussive additions. “7099FT,” closes out the RS2090 side with a techno stimulation that is somewhat aggressive and fairly reminiscent of recent Blaqk Audio beats.

UTA Trax’s side of the split opens with “Go,” featuring a dribbly, acidic synth rhythm over glitched-out percussion and bell chimes—a song bordering a religious quality. “Float (Feat. Bobo)” contains a jazz-style piano vamp, electronic handclaps and hi-hats acting as the beat, and looped feminine vocals that create a kind of psychedelic dimension to the sound. At nearly eight minutes long, it is both the longest track on the album and my favorite number. “My Life” is, without a doubt, the most upbeat song on the whole album, and in a mirage of treble-based dance beats and ringing R&B-sampled vocals, it calls forth visions of Paris fashion shows and outrageous spending on Rodeo Drive—a perfect way to end the split.

Human, versatile and omnivorous, RS2090/UTA Trax is definitely worth its modest price, and, in my opinion, a whole lot more. –Z. Smith