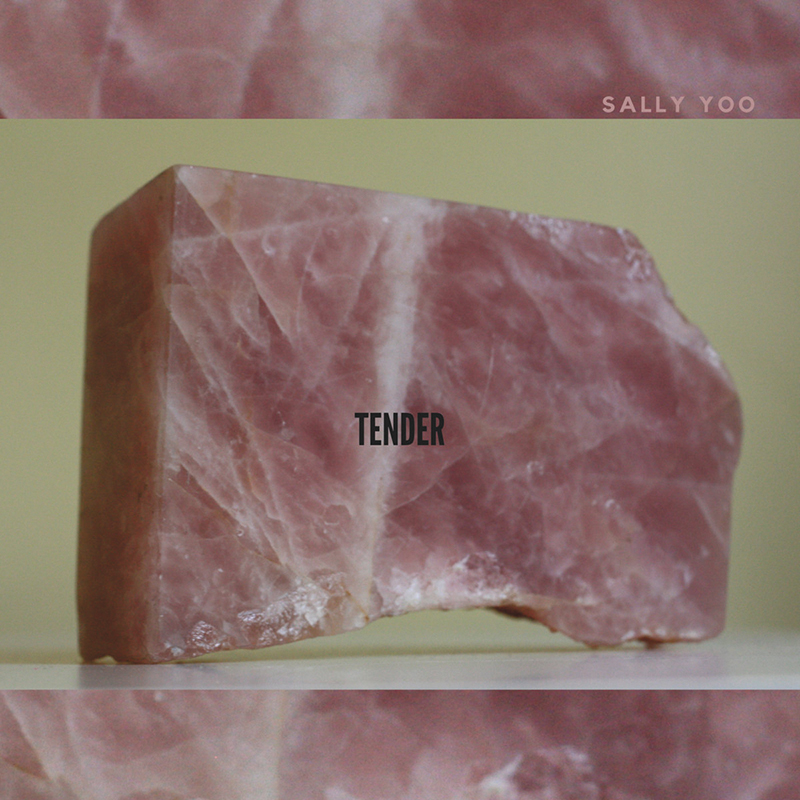 Sally Yoo’s Tender is a slow, warm and melancholic album. It feels like massaging a piece of meat. Formerly known for being the bassist of local indie-rock number, Chalk, Yoo has taken a different approach to her solo-release. It’s a good one, and Tender is absolutely good enough not to need a good metaphor.

“Try Again” is a soothingly monotonous song that brings a cool kind of melancholy. The methodical beat is pinned by Yoo’s quiet voice. She becomes loud as the music layers in the chorus, but it’s still laid back and chill. The whole thing crescendos toward the end as the layers build and play loudly—it’s the kind of unassuming song that lulls you, but is over before you’ve even taken time to really consider it. I found myself humming it later.

“Rejoice” is much the same. Simple synths melt onto you and make a comforting cocoon for three minutes or so. Yoo is talented at tying the music together with her voice, the factor that ultimately gives it that mesmerizing feeling. Each of these tracks is incredibly chill in one way other another. If it weren’t the title of the album, tender would absolutely be the word I would reach for first in describing it.

The track “Tender” is absolutely the standout, even as it shares the same qualities as the other tracks. It’s patient, plodding, soothing and comforting, which is all achieved by that melt between melody and voice. If I had to pick a song to show off why this album is worthwhile and Yoo is worth paying attention to, it’d be this one. It certainly feels the most vulnerable against the other two tracks. “You’re making this so much harder than I ever expected / Maybe we should spend some time away / We knew this was coming, baby / Should be no surprise / I had poison deep inside me / smiling in disguise.” The singer stays earnest but culpable. It feels like stretching after a workout, caring for a sore, nursing an overextension.

The album art is a crystal that shares visual similarities to a a piece of meat, which is not a way I’m used to thinking about meat. Raw and tender, it’s the part before it becomes the thing that’s fried or baked or just cooked and eaten. It’s really nice to hear something with that kind of sound and for it to sound so natural, not chewed up or wholly yet prepared. It just is where it’s at. Give Tender  a listen  on Yoo’s Bandcamp page: sallyyoo.bandcamp.com. –Parker Scott Mortensen