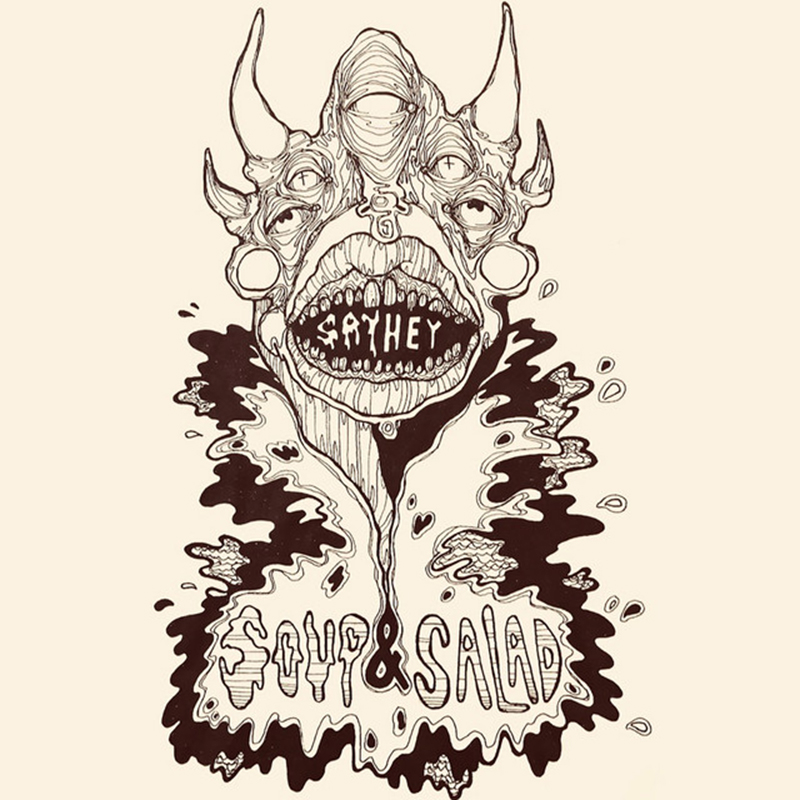 I was impressed from the first note. Local band Say Hey jumps head first into an ocean of foot-tapping psychedelic rock on their newest four-track EP, Soup & Salad. The quartet is craftily dynamic and are, surprisingly, from American Fork, despite sounding like a well-established West Coast, beach-goth band.

The EP opens with “Done Is Done,” which is carefree and catchy. The opening chord sequence on the electric guitar is characteristic of psychedelic rock. As it transitions from standalone guitar to a notable bass guitar and drumming that is energetic yet not overpowering. Eventually, some slightly echoed vocals accompanied by breezy licks and riffs appear.

In my not-so-humble-opinion, the mark of true musical artistry is the ability to make music that doesn’t sound the same track by track, but rather notably shifts in nuances and significance. It’s what separates good from great, and Say Hey nail it, while many new bands miss the memo completely. “Done Is Done” is fun, and transitions into “You Win,” another well-crafted song. The track fades into distortion with electric guitar, slow, rhythmic drumming and a hypnotic bass. The lyrics are a bit more spoken than sung: “You strut your stuff / Like it’s all figured out,” delivered among subtle instrumental additions. The track turns a bit around 2:30, fusing the purely trippy psychedelic rock with goth rock—complete with solos and background “oohs” and “ahhs.”

Most songs are instrumentally fueled, “Sandlot” seemingly emphasizes the vocals more than others. Say Hey are poetic with storytelling and wordplay, like asking “What do you reap when it’s time to sow?”

Buried in the “About” section of the Say Hey Facebook page, it reads “We’ve spent time over the last few years writing songs as an outlet from the daily grind. Now we want to share them with you.” Eventually, I hope it reads something more along the lines of quitting day jobs, cranking out full-lengths and finding them in a city near you. Say Hey should say yes to a future of music-making because they can have more than a foot in the door—but a whole damn leg. –Lizz Corrigan