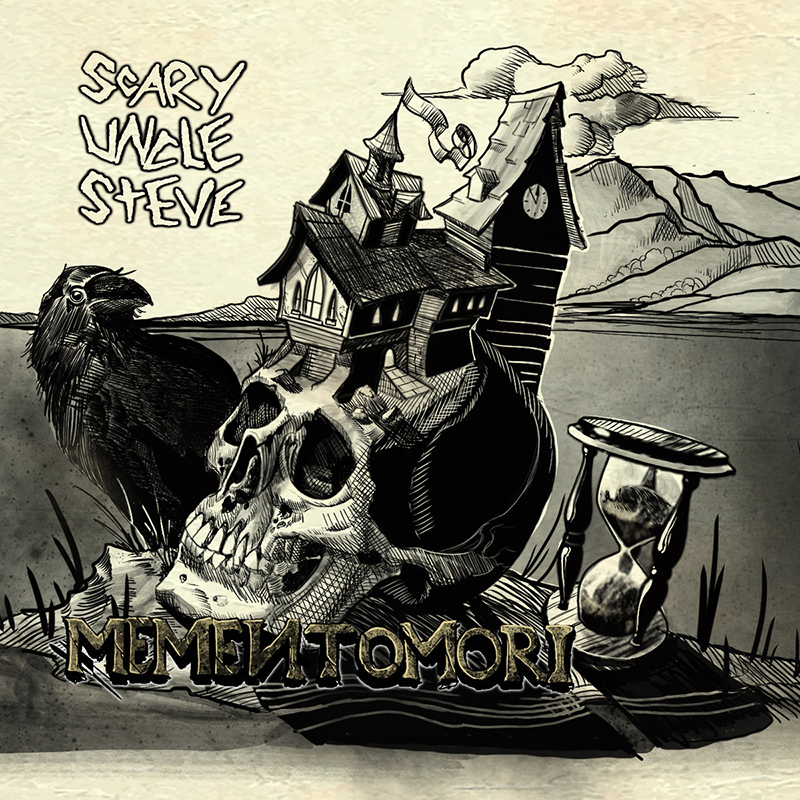 Remember, you’re going to die, so you might as well have fun while you can! Honestly, how can anyone not like Scary Uncle Steve? They are a group of diverse, talented musicians creating energetic, hilarious and fun music. They’ve compressed all of their talent into a four-song EP, Stuffed in a Crawlspace, and the Yer Just Gutless single, both released some years back, but we’ve yet to receive a full-length effort from them … until now!

Scary Uncle Steve present themselves as a punk rock band that happens to have an accordion player, which would, at first glance, default them as a folk punk band. However, having known these dudes for some time and understanding their musical backgrounds puts into perspective why they can’t fit into one niche. “Let’s Do Brunch,” for example, blasts with street punk energy, courtesy of drummer David Motiee and bassist Jesse Struggle holding down a tight rhythm. It then shifts into “Rats,” which plays more like a sea-chanty with the accordion, and Skunk’s guitar feeds off of each other’s melodies, both shouting simultaneously, “Tell me how to act, tell me what to think, turn me inside out, tell me what you see, I don’t think so!”

As far as lyrical content goes, my favorite inductions have to be with “The Sandwich Song” and “Hockey Pucks.” Why? Because you can’t read titles like that without expecting them to have some sort of hidden meaning! “Sandwich Song” is about how people will preach big game but fold at the first sign of pressure—hiding their prejudices under layers of insecurity. “Hockey Pucks,” with its haunting intro featuring dialogue from Johnny Cash giving his two cents on the world’s future, is about comparing the chaos and brutality of warfare to that of a hockey game, and who should be the hockey pucks? “Don’t tell me that pride is the answer / It’s the enemy, pride is the enemy, we are just animals!”

All in all, Memento Mori is a solid release from these guys. There are a few repeats with songs from earlier releases, but it’s nice to hear the “updated” versions of what are now considered SUS classics. Give your Uncle Steve some love if you haven’t already. He deserves it. –Eric U. Norris