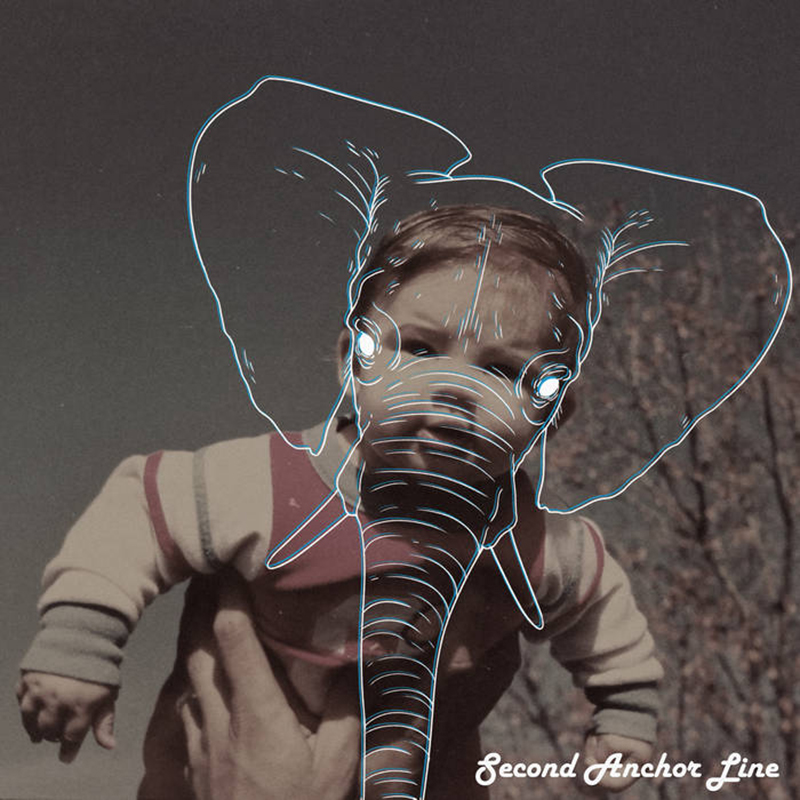 When I first spun up Second Anchor Line, I thought I’d actually plugged in one of my Death Cab for Cutie discs by accident. The band has a familiar sound that mixes Ben Gibbard’s easygoing voice with riffs that at one moment pluck lightheartedly, and at the next pour thick jam into your earholes. This EP is a short and sweet listen for anyone who wants more of the indie rock that they love, and the pulse that pulls your body into the groove.

Each of Second Anchor Line’s songs are like the twilight just before the sunrise. From a soft meadow of short guitar and bass lines in “Gripped,” the string lines evolve in color and complexity with the growing daylight. Total silence—then an eruption of sound as the sun finally peeks over the horizon, and sends power chords and head-banging rock into the mix. While the overall structure of each song is fairly similar, the riffs and rhythms are sufficiently different in that each song sounds distinct. Second Anchor Line have a style that works for them, and each song seems to refine that style a bit more while showing off a different set of the band’s skills.

As their first full release, I was extremely impressed by how professionally Second Anchor Line’s sound came together. The band is tight, relaxed and, most importantly, groovy. I constantly catch my body tapping with the beat as I listen to “Double Knife Damage,” which has especially energetic drumming and thrumming guitar riffs. An overall soft tone for the EP makes for some exceptionally powerful movements when the band cranks the volume, dials in the distortion and lays in to the pulse. The last half of “Four Ninety” in particular has a tremendous amount of emotion layered into riffage that bounces with energy.

This Provo three-piece has a great energy that I expect and hope will flourish within the local music scene and beyond. Second Anchor Line is a soft album for the most part—and the relaxed, easy play style of the band makes those harder, louder sections that much harder and louder and groovier. Get the album at secondanchorline.bandcamp.com and be watch your local stages for Second Anchor Line alongside your other favorite local groups! –Alex Blackburn