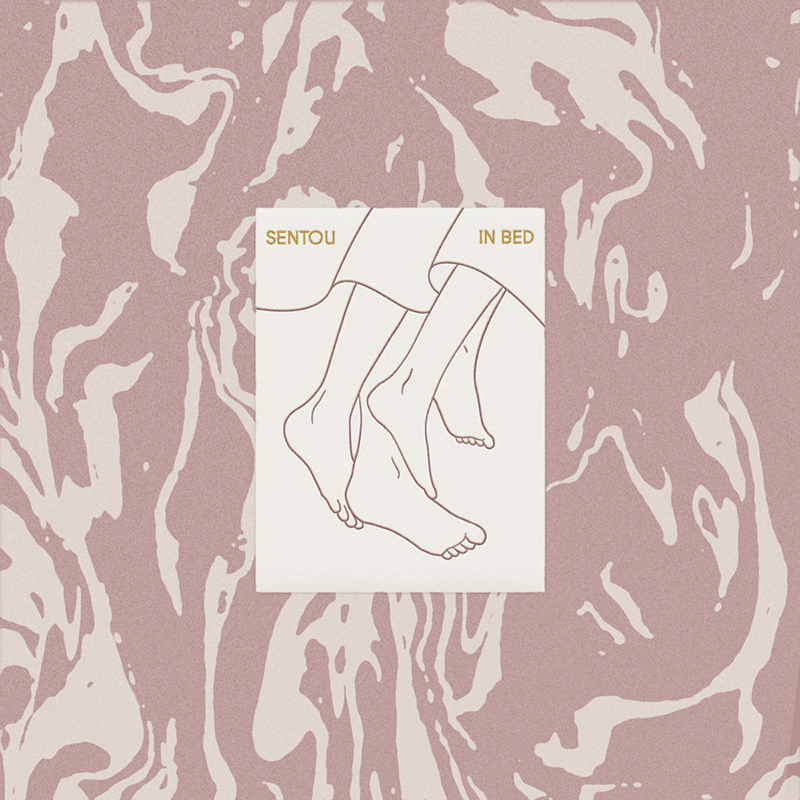 Sentou are three for three, coming out with their second full-length album and third release in just three years. Following the light and easy Towelette, Sentou have been burning the midnight oil and have brought many different styles and sounds, be it dreamy, chaotic, ambient or even samples of animal yelps. Opening with the welcoming “close to me” and closing with the somewhat somber “could you pour me a cup,” In Bed allows itself to live as a representation for both simple and complex human interactions.

In Bed is simply an album about sex (don’t believe me? Check out Sentou’s Bandcamp). The album title and track list lend themselves to that, but the album is more than cheeky song names: Its tracks embodying the feeling and atmosphere of a night in with a significant other or a stranger. The album opens with static and vocal samples coming and going, almost like channels flipping in the background, followed with the lyrics “Tell me what you want / Tell me what you need,” asking the other what they want and their intentions. Other notions of sexual desire can be heard in tracks “4 glasses of wine” and “in bed,” with the former featuring a chaotic mesh of animal calls and yelps, and the latter using a vocal sample explaining how to treat another intimately over dreamy, distorted guitar. The mellow yet melancholic feeling of the closing track gives off that feeling of starting a new day; that first cup of coffee the morning after.

Sentou continue to give us music that is easy to listen to, and this album has stepped up from the last by bringing in so many new and differing sounds. I would recommend checking this and the rest of their catalogue out for solid summer and fall chillwave, Sentou are one of the best in Salt Lake City. –Connor Brady