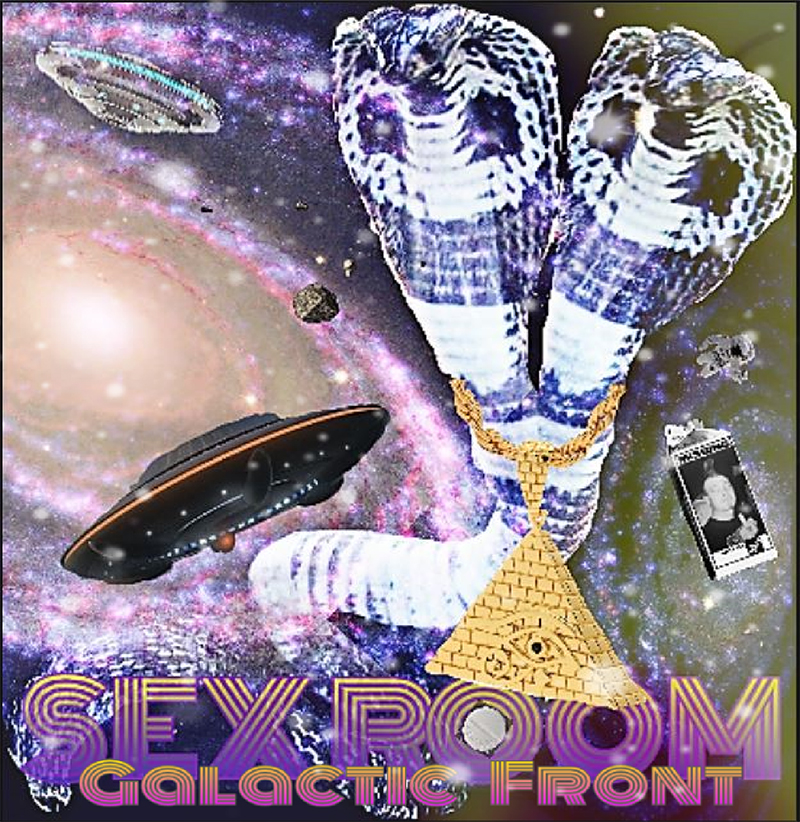 With an aggressive and irreverent attitude that permeates the entirety of Galactic Front, it’s easy to feel the drive and vengeance that local punk rockers Sex Room pour into their music. Having just put out Naked on the Internet about a year ago, Galactic Front is a natural progression for the band, moving onto the theme of the final frontier, space, while still maintaining the venom and dark humor of Naked on the Internet. Opening track “Spoil My Fun” wastes no time in setting up an exposé of headbanging, furious punk rock that the band maintains throughout the 14-song album without getting stagnant or losing steam. “Back to Space” is easily a standout on the album, featuring vocalist Silky Sheets yelling “Fuck this place / The human race / I’ll go back to outer space” and “Air and weed is all that we need” to heavy, clamorous drums and distorted guitar. The screeching guitar, incessant drumming and poignantly placed “fuck yous” throughout the album are never cliché, as Sex Room deliver their message as loud and as ardently as possible.

In keeping with Sex Room’s attention-grabbing social commentary, “Moms on Percocet” and “White Girl Wasted” are perfectly flippant and offensive, keeping up with the times. It’s the kind of disarming yet driving, fast-paced black humor that sets Sex Room apart from other local acts and hearkens back to classic punk acts such as Agent Orange and Black Flag. The lo-fi production is actually beneficial to the integrity of the album and gives Galactic Front an almost live-performance sound that really adds to the raw power of Sex Room’s presence. There is a certain honesty to the way Sex Room never fail to hold back from the profane, and Galactic Front oozes with the vitriol and angst that any space-drug-addicted, punk rock alien would feel from living in Utah. –Ali Shimkus