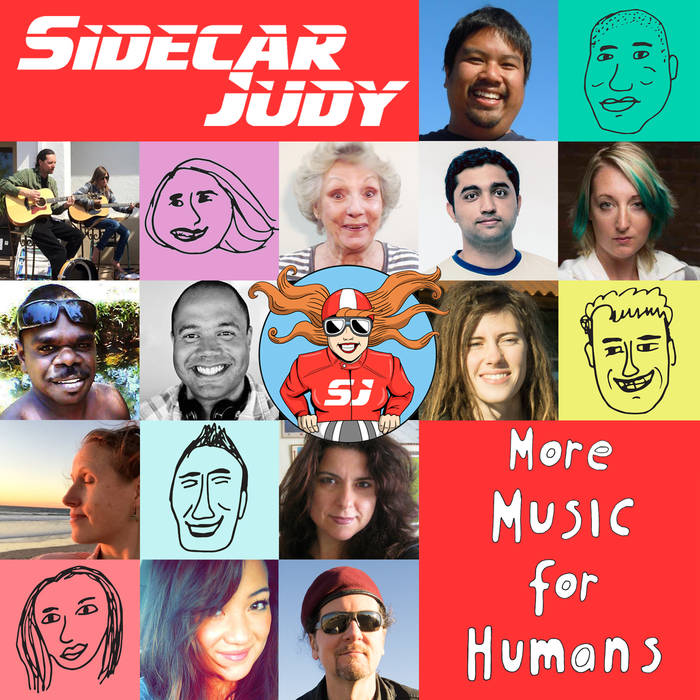 Sidecar Judy released More Music For Humans in July, following their debut, Music For Humans, which released December 2015. Music For Humans is a unique musical project that capitalizes on the approach of indie folk music with catchy electronic elements, which complement rather than dominate songs. Tracks like “Corporate Robot” and “Baked Goods” use the acoustic guitar in the foreground with an accompanying electric guitar, which covers the best of both electronic and folk music. Songs like “Easier” are vocally centered, with more layered vocal and electronic effects.

More Music For Humans begins with new acoustic songs and acoustic versions of tracks from Music For Humans. The acoustic version of “Corporate Robot” on the new album drew my attention to the lyrics more than before, as the non-acoustic version had a mesmerizing beat that keeps listeners transfixed. Folwell sings, “I don’t want to be a corporate robot / Just following commands / Wanna throw away all my money / And go lay in the sand.”

The electronic drones and high-pitched keyboard notes are infrequent on the first half of the album but slink back into tracks on the latter half. More Music For Humans feels more somber, with the exception of “We’re Gonna Be on Top,” which is an upbeat folk song with sanguine lyrics: “I feel so good / I feel so happy / I feel it is alright / Don’t you think that we are making it / Don’t you think that we’re gonna be on top.” Otherwise, the album contains lower, drawn-out and heavier electric guitar and less happy keyboard.

It’s safe to say that Sidecar Judy hypnotize with their idiosyncratic approach to indie-folk-electronic music and vocal talent. Whether the songs are all acoustic or fuses in electronic elements and whether the tracks are amiable or despondent, I’d willingly hop in the sidecar and tag along. –Lizz Corrigan