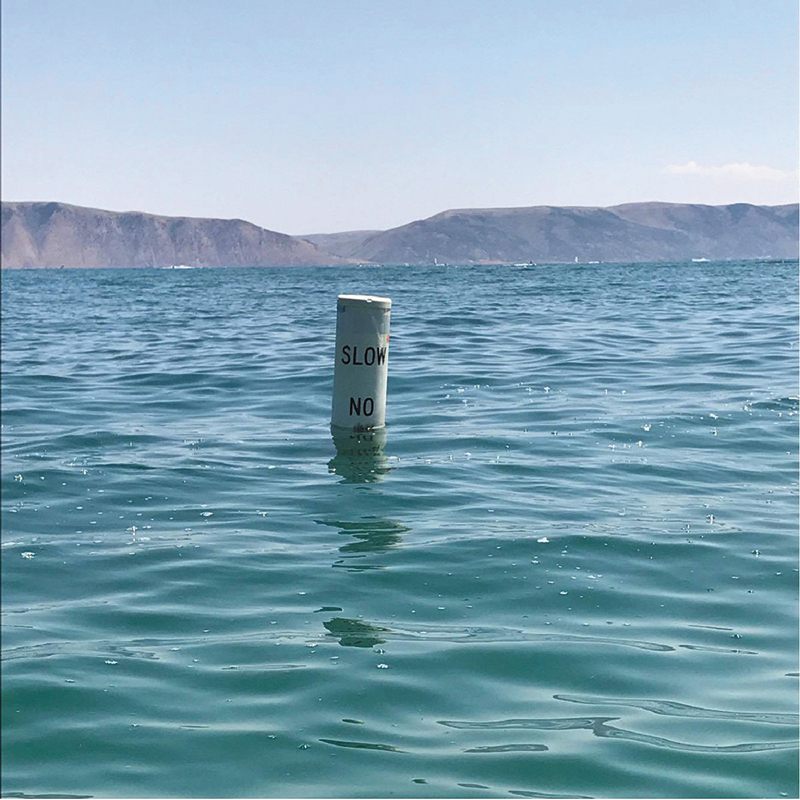 Ironically, Slow No actually get right to the point with their latest release, Wake. Of course, without any songs longer than three minutes, brevity is a necessity for the band’s short and sweet rhythmic sections and choppy guitar licks. You might not find the most polished vocals or the cleanest drum tracks on Wake, but the release is full of vigor and novelty. This EP is a mathy exploration that turns up more than a couple nuggets of groove and earns my recommendation if you’re looking for an indie release that’s a bit off the beaten path.

The first time I listened through Wake, I was immediately suspicious that I had listened to Slow No before. The faded mix and mathy guitar-tapping that make up their sound would fit right inside my collection of guitar-heavy, rhythm-heavy rock. A quick check of slowno.bandcamp.com (where you can stream all of this EP!) revealed that I actually had jammed out to their debut a few months back, and I’d liked what I’d heard then too. Wake demonstrates a more refined approach toward production and exceeds its predecessor in mix quality, musicianship and—most importantly—the number of chunky, funky guitar licks.

A staple of any good math rock release is a ridiculous and seemingly unrelated track title for each song. On this measurement, Wake scores well, and to top it off, the lyrics seem equally arbitrary, with at least a few mentions of being home with a cat on track “UFO” as a notable example. Slow No have a playful attitude toward their music, and Wake sounds like it sticks true to a live-performance style of play. In short, the EP does a great job of putting me in the room with the band as they jam and jive with one another.

Wake is a flurry of musical ideas, many of which are quite good. It’s an extremely short release however, and won’t take you more than 15 minutes to listen through. I certainly would have liked to hear sections like the end of “FYRDB” expanded further. Overall, however, the band has a unique sound that I’m eager to hear live! –Alex Blackburn