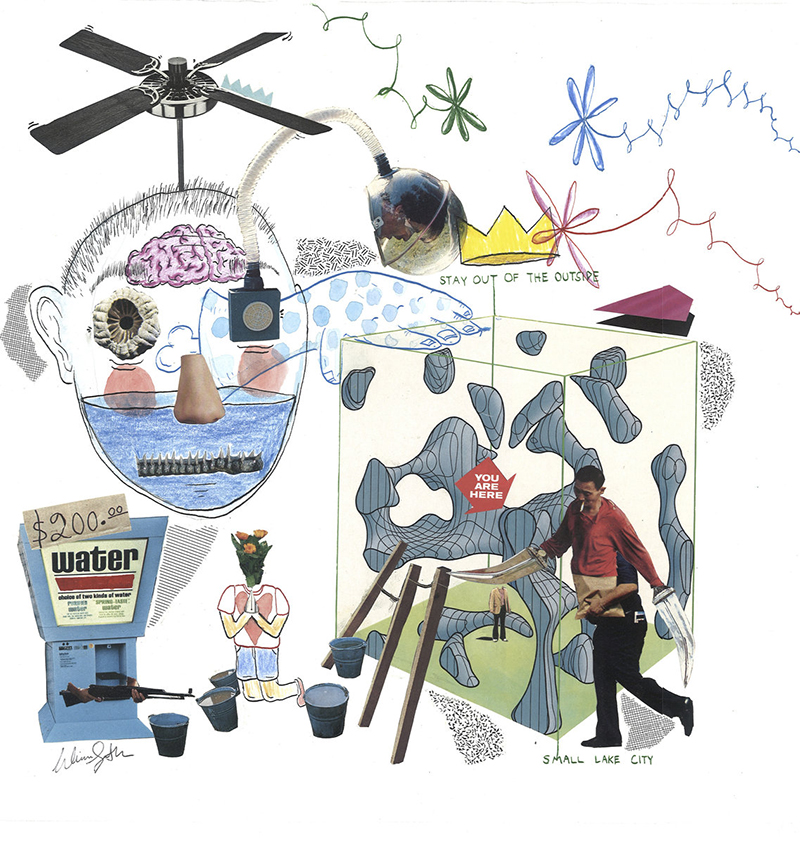 Local Review: Small Lake City Stay – Out of the Outside

Small Lake City
Stay Out of the Outside

Self-Released
Street: 12.15
Small Lake City = Minus the Bear + Panic! At the Disco

Small Lake City’s feature full-length, Stay Out of the Outside, blossoms into its own and stays strong from start to finish. The first track, “Stay Out of the Outside,” opens with an introduction of lighthearted guitar harmonies that instantly coalesce into a full-fledged indie rock anthem that borders on the fringes of late-’90s emo bands. The chorus quickly re-directs the song structure, honing vocals stars on par with Say Anything’s earlier work on …Is a Real Boy. It’s a throwback to traditional, off-the-cuff indie emo rock, executed with slightly more tangible vocals and stylized, low-key drumming. It’s a concise opening track that sets a comfortable precedence for the remainder of the album.

The following track, “Standards of Strangers,” introduces a vocal guest appearance by Hannah Caron, who drifts in and out of the track, subdued and viscerally on par with Jen Wood’s work with the now-defunct indie group The Postal Service. It’s a vocal accompaniment that’s slight and underwhelming, with a nonchalant balance that’s difficult for most indie-rock bands to achieve.

The following tracks, “In the Atlantic” and “Mr. Reliable,” opt for a simpler, more straightforward approach stylistically: slightly detached vocals, juxtaposed chord progressions that culminate in harmonic catharsis and an underscored drumming routine that bolsters the album from typical indie-rock territory into the spectrum—think Beach House meets early Postal Service.

Stay Out of the Outside reaches fruition with the track “Mr. Reliable,” taking a note from the vocal style of Panic! At the Disco singer Brendon Urie and devolving into an Explosions in the Sky song style (sans five-minute bridges). It all culminates into a satisfying finish—and certainly an album worth keeping an eye on in the Salt Lake City indie-rock scene. –Kristin Porter