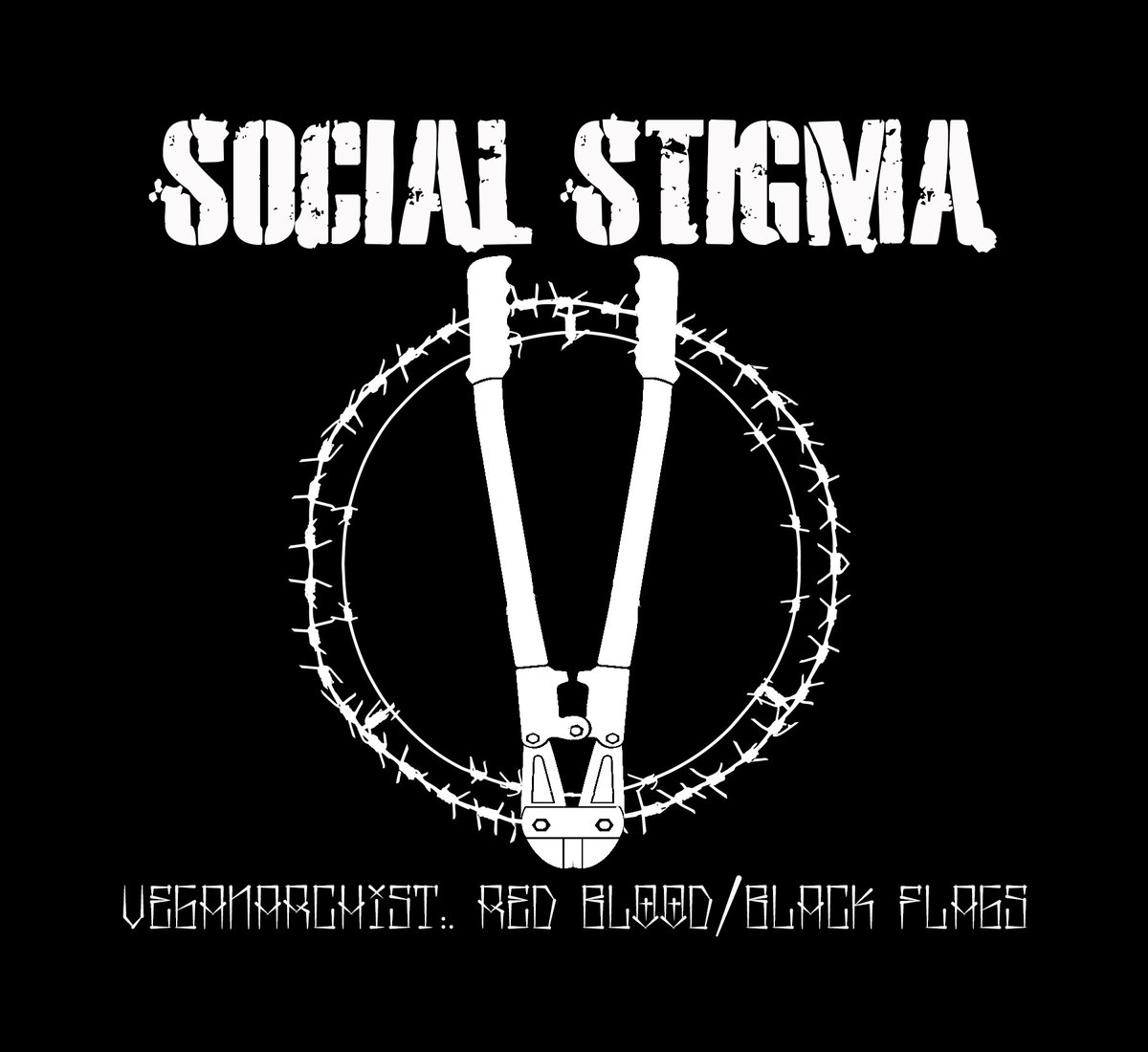 Full of ’90s metallic hardcore drudge, sour guitar chords between mucky, chugging riffs, brutal and politically-charged lyrics all bookended by bone-chilling audio segments containing the words of Fred Hampton and Howard Zinn: such is the content of Social Stigma’s debut EP Veganarchist: Red Blood/Black Flags. The band calls back to a style of hardcore, which the members of Social Stigma had listened to in their youth and present it in the modern age. Their lyrics touch on issues that are just as (if not more) relevant now as they were back then—“Proud of What?” is about stomping out Nazis and fascists within the scene, “Blue Wave” touches on the racist nature that encompasses most cases of police brutality and “Fuck John B. Calhoun” represents the band’s collective stance on animal rights. Social Stigma’s blunt delivery from the music and lyrics right down to the titles of the songs let you know exactly what you’re getting before you even hit play.

There are a couple of songs on Veganarchist that touch on more immediate issues, such as “Refuge Refused,” which promptly displays the struggles and injustices faced in modern migrant families. In “Euphoric Dysphoria,” vocalist Barrett Fein sheds the hardcore, tough-guy/activist ethos to address the mental anguish sustained as a result of a mind plagued with depression and anxiety. The lyrics here never get too angsty for my taste—they keep a pretty accurate portrayal of what goes through one’s head when these emotions arise: “Another day, another month, another wasted year / All alone in this world, I’m left standing here / Dreaming of pulling the trigger, wanting to disappear / Wishing for a better tomorrow when the future is so unclear.”

Social Stigma isn’t exactly reinventing the wheel of modern hardcore with Veganarchist—I could see old-school listeners liking the appeal of the sound and messages of this EP but not really finding anything that they haven’t heard 20 years ago. Social Stigma relishes in a specific style of metallic hardcore with not a lot of variation, but that’s not to say that it’s devoid of emotion. The lyrics and all around power of each note and growl make me believe that this band has something to say and that this music is the vessel in which they want those messages represented. This will be more accessible to a young, discerning audience that wants to advance to a heavier strain of music. —Eric U. Norris