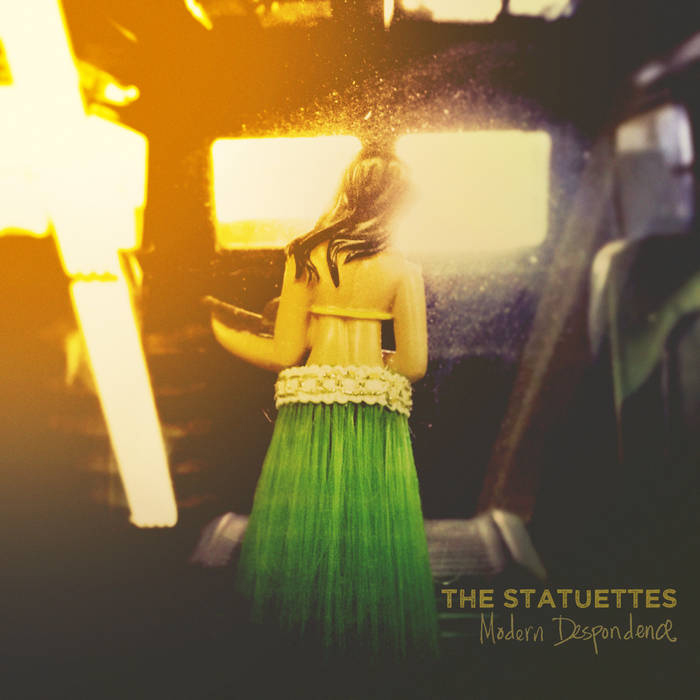 Modern Despondence invokes a lot of nostalgia in me. It captures Salt Lake City so well and puts me right back at my first local shows, surrounded by hip people and fun music. Standing in the middle of Kilby Court, I’m surrounded by a dancing audience. Multicolored lights and fog surround the four-piece band. An explosion of sound is met by cheers and more jumping from onlookers as one of the guitars takes off on a screamin’ solo. The energy is magnetic, and nobody is free from the catchy riffs and easy lyrics … Then the album ends, and I’m sitting back in my room with headphones on.

The Statuettes have a solid sound—a heavy pulse, a mix somewhere between funk, jazz and rock, and tons of movement from all voices. Every song features drive-heavy guitar and a chugging bass, which concoct a steady pulse and build the volume. When things climax, there’s nothing I can do but dance. On that note, Modern Despondence is exactly the kind of music I want to hear live, because it’s so easy to lose myself in the groove. I’m constantly catching myself tapping to the beat or nodding along with the flow. There are some crazy guitar solos to keep an ear out for in songs like “3 Words,” but honestly, the guitars are strong throughout the entire album and deserve extra attention. Piano keeps things nice and light. Guitars jump between riffs and stringy melodies. Vocals take the lead through most verses, but instruments rule the choruses and builds. When the volume drops, there’s a release of energy, which is exactly what I’m looking for after intense instrumental sections.

If I had any contention with Modern Despondence, it would be that it doesn’t push the envelope too far. The Statuettes have a fleshed-out repertoire, and while the newest album is far more professional than any of their previous releases, it’s still pretty similar. That said, this record is such a solid slew of guitar madness that I’m sure I’ll be listening to it far into the future. Of course, if you want the real deal, check out The Statuettes live!
–Alex Blackburn