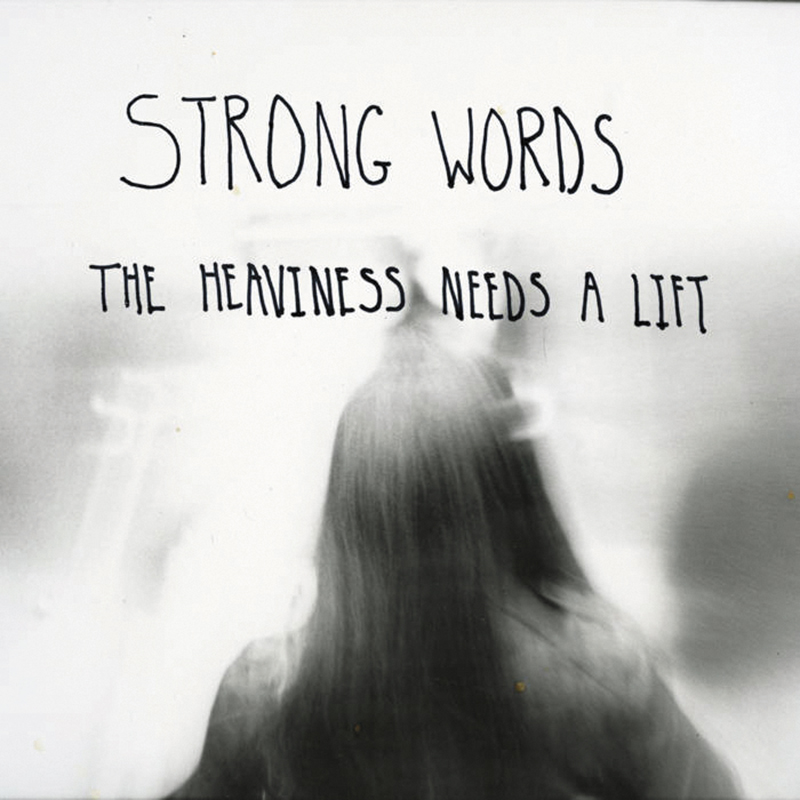 Salt Lake City locals Cathy Foy, Brian Lord, Jamie Richards, Landon Young and Dyana Durfee released their indie gem The Heaviness Needs a Lift in early January. Featuring a handful of other artists who add a gorgeous spin on the whole album, this 10-song piece is something that could easily get any listener through the next few chilly months ahead.

The album opens with a song titled “Big Love,” an emotionally saturated song that is the embodiment of all things romantic. It’s a sweet tune with a twinkling electric guitar intro, dreamy vocals from Foy and heartwarming lyrics that draw me in almost immediately. Every element works together to create a dreamy atmosphere that carries me through the entire album. The incorporation of Genevieve Smith on the cello later on in the track adds so much more to the song and the album in general. It’s a special element that isn’t easy to pull off, and Strong Words did it perfectly.

About halfway through The Heaviness Needs a Lift, there’s a song that really caught my attention. “I Am from a Nowhere Place” was a track that was released earlier on Strong Words’ Bandcamp, but it sounds so different when in the context of the album. It’s a more somber tune, with melancholy riffs and slow-beating drums that work with soft, deeper vocals to make my eyes and my heart heavy. The lyrics are poetic and desperate—it’s a song that I know I can relate to, but I don’t have the words to capture how. “I Am from a Nowhere Place” is easily my favorite on the album purely because it’s so beautiful.

I’m happy with the uniqueness of this album. Indie is such a complex, massive genre, and it’s easy to fall into the same quirky patterns. I love how relaxed but also how intricate this album is. Strong Words did an amazing job on The Heaviness Needs a Lift, and I can’t wait to hear what they have for us next. –Zaina Abujebarah