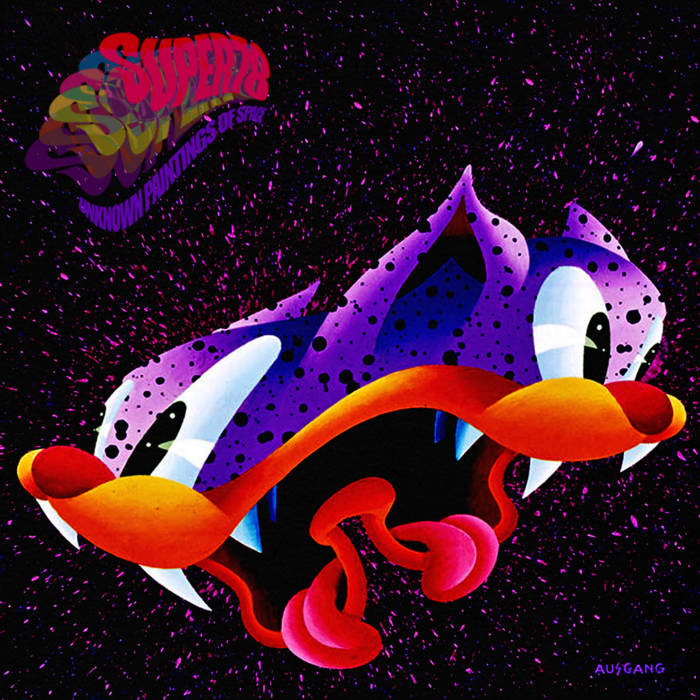 Super 78’s debut release, Unknown Paintings of Space, exemplifies how passion can manifest in an ever-growing music community. The group calls Salt Lake City home and are embedded in the local music scene beyond solely playing shows. Super 78’s singer, synth and guitar player, Cesar Reyes, is well-known not only for playing dreamy psych rock, but also for acting as a booking agent at local venues and DJing obscure psychedelia at Salt Lake’s underground gigs.

Unknown Paintings of Space explores all of the realms of the sleep cycle through an introspective and personal, musical experience. Unknown is, for lack of a better term, dreamy. At some turns, Unknown conjures up our fiercest demons haunting our nightmares—at others, it lulls us off into a deep, hallucinatory, dream-like state.

“Feedback Manipulation” opens the debut album. Just as the song title hints, the track is an instrumental manipulation of the inner workings of one’s mind. It loops through what acts as a movie reel, slowly fading out into the waves of the background.

The album abruptly swings into the second track, “’A’ Song.” Less of a dreamlike trip than the former track, “’A’ Song” ups the tempo, adds the distorted vocals of Reyes and jams harder on ’60s-style drums, punctuated by Tyler Parsons.

“Chelsea Isn’t What It Used To Be” incorporates ’80s-era tones with synth-created sirens permeating the background. “Middle 25” allows for an album break by way of instrumental, African-inspired drum beats.

“Forever” closes out the eclectic album. Buzzing through the airwaves, the track finds itself zipping with energy and cleverness as most of the album demonstrates. If there was ever a happy ending, this track is: the closure we were begging for to put a nightcap on Unknown.

Unknown is the juvenile state of Super 78. Their debut release has lo-fi production, but nevertheless, they have mastered what they want their genre of psych rock to embody through this release. As a debut, nothing truly falls short. Super 78’s live performances speak (or sing) volumes to the fact that they have the ability to take their musical aspirations to the next level. Be sure to get a copy of their latest release at superseventyeight.bandcamp.com and check them out live alongside local acts including Muzzle Tung and 90s Television at Urban Lounge on Jan. 11. –Alexandra Graber