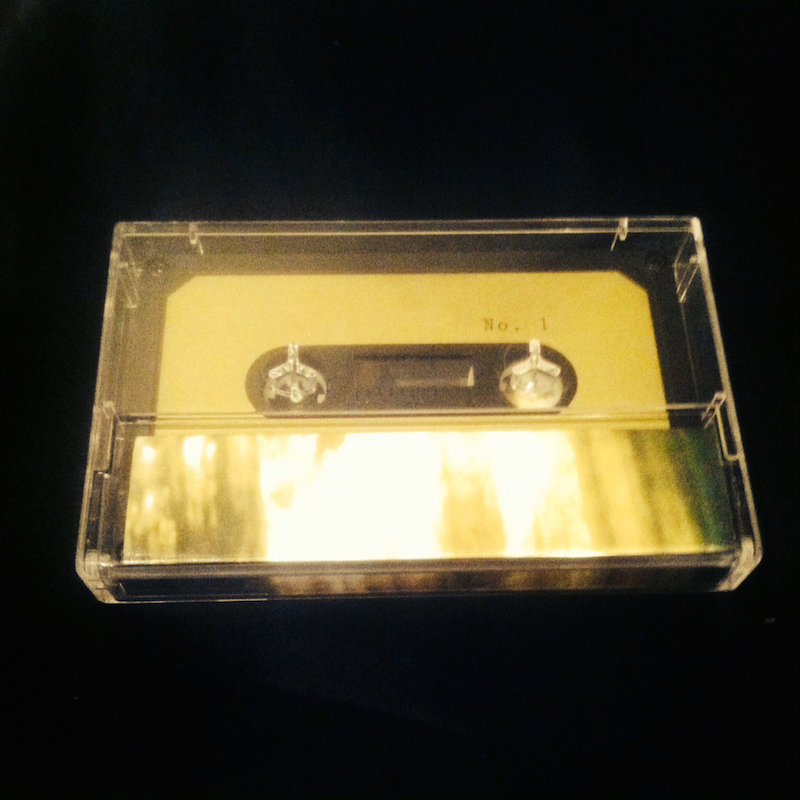 Études, with its minimalistic black cassette and yellow and green tracer-covered linear notes, gives a fairly unassuming first impression. Yet, upon further inspection—namely placing it in a tape-deck and pressing play—one will find that, first impressions aside, Études is a mystic and entirely varied listening experience. The premiere song, “No. 1,”—lasting a whopping eight minutes—begins with a bubbling static—imagine a salt and pepper static TV being placed in the washing machine with too much soap—and quickly opens up into a type of metallic glitch. The song moves on to further include drones, a resonant screeching, and UFO sound effects, among others. In “No. 1” we find that a bass, an e-bow, and a synth were employed to create the sounds, but I was interested to learn that a kitchen pot made its percussive appearance in such a way so as to not be obviously recognized or create an unruly din. In “No. 2” we have T.E.V. who, instead of creating another noise-oriented piece, decide to lean towards a more ambient, meditative sound. “No. 2” begins with a rotating fan—positioned just so—creating an ocean-like wave sound, then moves to explore the universe-connected sounds of various singing crystal bowls. The song eventually breaks down into sci-fi blips and a low radio-like crackle. The final song, “No. 3 (a poem),” features a lone, low rumbling robotic voice reciting a poem. The poem itself seems consciously and subconsciously concerned with discussing the human condition and the general monotony involved—breaching on a certain kind of nihilism. With a throat microphone, T.E.V. states “… I wake up, I roll over, I stand up, I lie down, I open up my mouth, sound comes out, sound comes out….” Études seems to be skillfully walking a fine line between noisy mischief and tuned-in peace, while at the same time creating a type of conversation about both and neither. T.E.V. has crafted an innovative piece, with enough surprising moments and instrumentation to keep one listening. Yet I am left to wonder with greedy ears where T.E.V. will go on the next release and what precarious household items will make their sonic appearance.  –Z. Smith