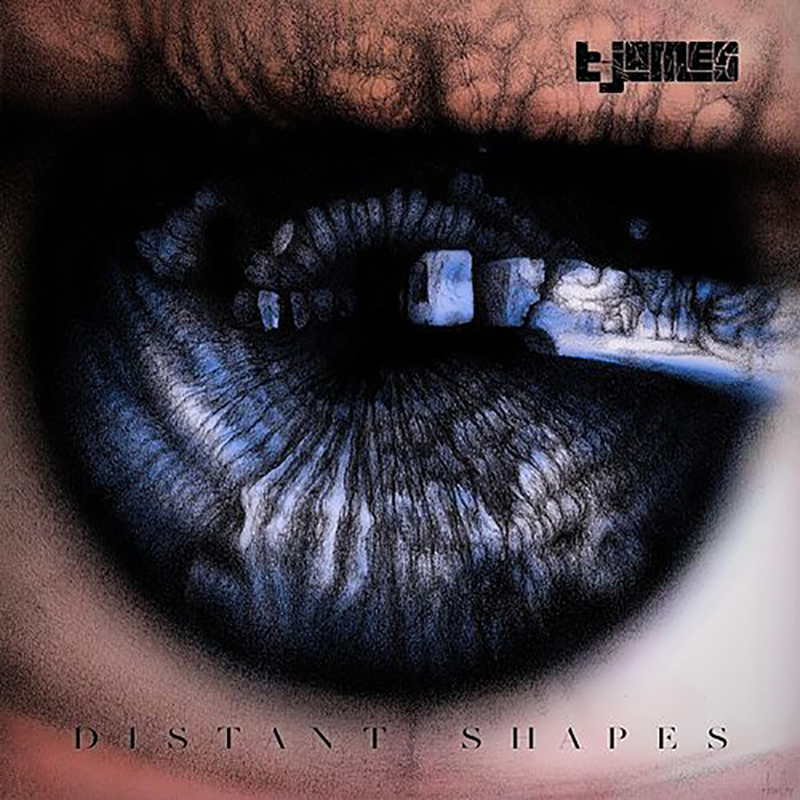 Smooth in delivery and pace, T. James’ newest release, Distant Shapes, is a relatable look into the rapper’s point of view. This includes both how he sees himself and the world at large. Distant Shapes jumps in and tackles issues from the current political climate with “The New Normal,” generation gaps on “Millennials,” and even existential ones like making the most out of one’s time on Earth with “The Time That You Have.”

The album kicks off with its title track, which disappointingly was the weakest of the 13 tracks. It sounds lost, in that the flow and delivery of the lyrics feels awkward over the fairly mild beat. Luckily, the album picks up with “Do It Right,” a quickly delivered track with a fast flow paired with a minimal beat that works beautifully. The following song, “Cake Walk,” is probably the strongest off the album, telling of T. James’ displeasure with current pop music and how he’s making the music he wants to hear more of. This song speaks to a lot of what is driving this album and what T. James wants to see in the world.

What makes this execution stand out is that after airing out his point of view, the album closes with asking the listener to take a step back and look at the world around them and think about what is important to them. Distant Shapes is a raw and open look into an artist’s view of the world around them, taking place over a diverse 13-track album, giving each point of view a unique sound and tone. Distant Shapes opens up that inner discussion in an accessible style of hip-hop and, even without its messages, is still a solid album. Check out Distant Shapes, out now. – Connor Brady