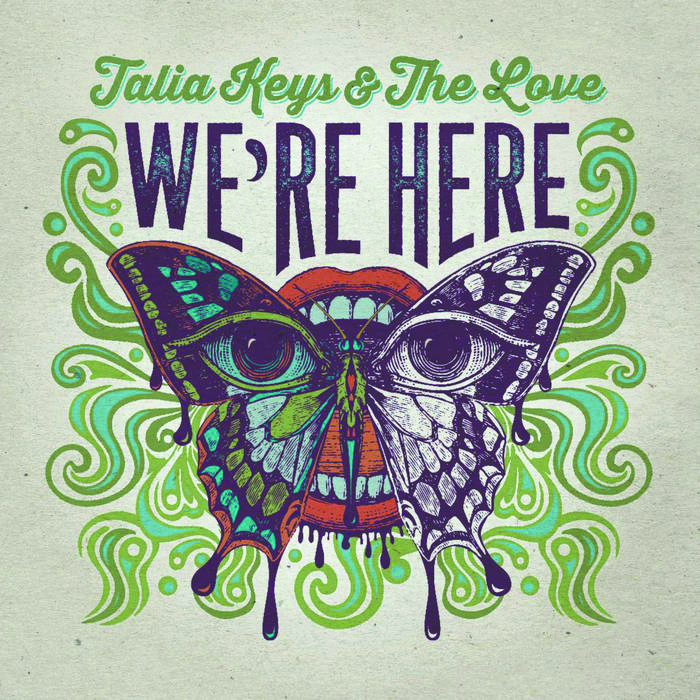 Oozing with an unapologetically soulful voice, Talia Keys never fails to give me goosebumps while delivering upbeat, dance-worthy tunes. From the first notes of “Shake It,” it’s clear that Talia Keys has a strong stance on contemporary issues and an equally strong voice to back up what she is saying. Talia Keys and the Love draw inspiration from a handful of genres and ideas, specifically soul, blues, reggae and even a little hint of gospel and hip-hop, especially in “Love Is” and “Closed Mouth.” While almost every song in the album is structured in a blues format, this seems to only play to what Talia Keys is vocally able to achieve, and the simplicity of the instrumentals makes the solos in each track—specifically keyboard and guitar—really shine.

Title track “We’re Here” is a personal favorite—it’s a sort of rallying cry for feminism and queer representation but can be applied to any resistance movement. It’s a catchy, reggae-inspired hook that makes it one of the more memorable tracks of the album. “We’re here to fuck shit up” is a simple idea that is expanded on in this track, and becomes a pervasive and powerful statement that encapsulates the feel of the entire album and ends it on a powerful note. Even with “Broken Cities,” which is about the problems in America’s inner cities, there is a hopefulness that something can be done in the lyrics that ultimately makes it a positive message and highlights Talia Keys’ strength as a songwriter. For me, the only critique is that songs like the opening track “Shake It” don’t seem to have some of the same power and gusto as later tracks like “Love Is” and “Burn.” However, I think with We’re Here, Talia Keys and the Love show off their soul sensibilities with hints of blues, reggae and even pop, all while sending a positive, inclusive message that could stand to be played a little louder in the current political climate. Not only does We’re Here showcase how soul, as a genre, is extremely relevant in current social issues, but it also shows off the musicality of Talia Keys and the Love’s strength as a songwriter and performer. –Ali Shimkus