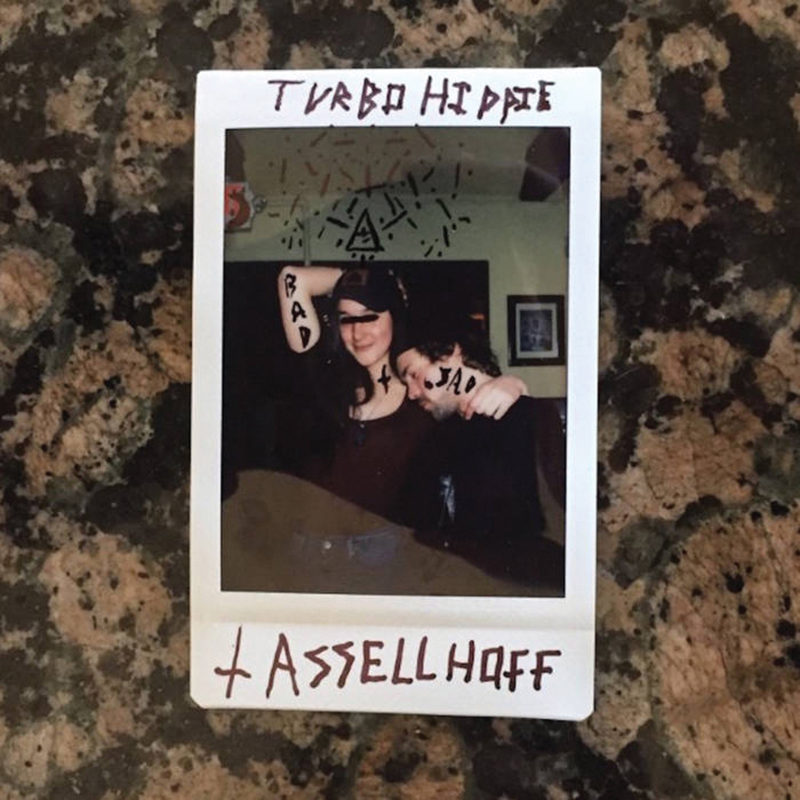 When you have “hippie” in your album title, there can be a certain ownership with that word and corresponding sound. It contains multitudes musically of doped out jam bands dredging up peace, love and endless guitar solos. A Woodstock Nation that turns on, tunes in, and drops out. Tassellhoff’s Turbo Hippie is none of the above. Not even close. Turbo Hippie is a psych-rock hatchet job that cuts its tone deep by hacking away at a perfect blend of dark, swampy fuzz with razor sharp-guitars that catch and release with an effective balance that allow enough space for the shape shifting vocals to breathe life into the songs.

The vocals move mysteriously, sometimes like they are coming from the other side of the room, or echoed off of tiled walls from a back-corner basement shower stall. At times, the vocals show up in an emotionless talk/sing, post-punk delivery and at other times it attacks with a scratchy, mangled murder-growl that sounds like Kurt Cobain crushing those Meat Puppets songs during Unplugged-era Nirvana.

The song tracks are a mixed bag of late night road-trip-romps “Headstone Stomp”, and stumbling through ancient, creepy graveyards shaking up skeleton bones (Mise En Abyme) “Run with me Delilah / Through the graveyard draped in nothing / Creatures of debauchery.” This must be what it’s like to be a Turbo Hippie. These songs are contagious and grow meat on the bone with every listen. I’ve been playing it loud in my car lately—vibrating the dashboard and blowing the dust out of the speakers. I believe this album spins on a broken heart—like most records. On the track “Lucid Want,” Tassellhoff sings: “Lean on me / Be my leech / Take my life into your hands and tear it apart / Lost shadows cast their shade upon the wandering self / sink your teeth into my vein and pull my frigid blood.” Heartbreak at its finest. Let’s hope heartbreak lingers in Tassellhoff’s soul because I would love another record like this one. Until that time, enjoy Turbo Hippie – it’s great summer bummed-out bliss.–Russ Holsten