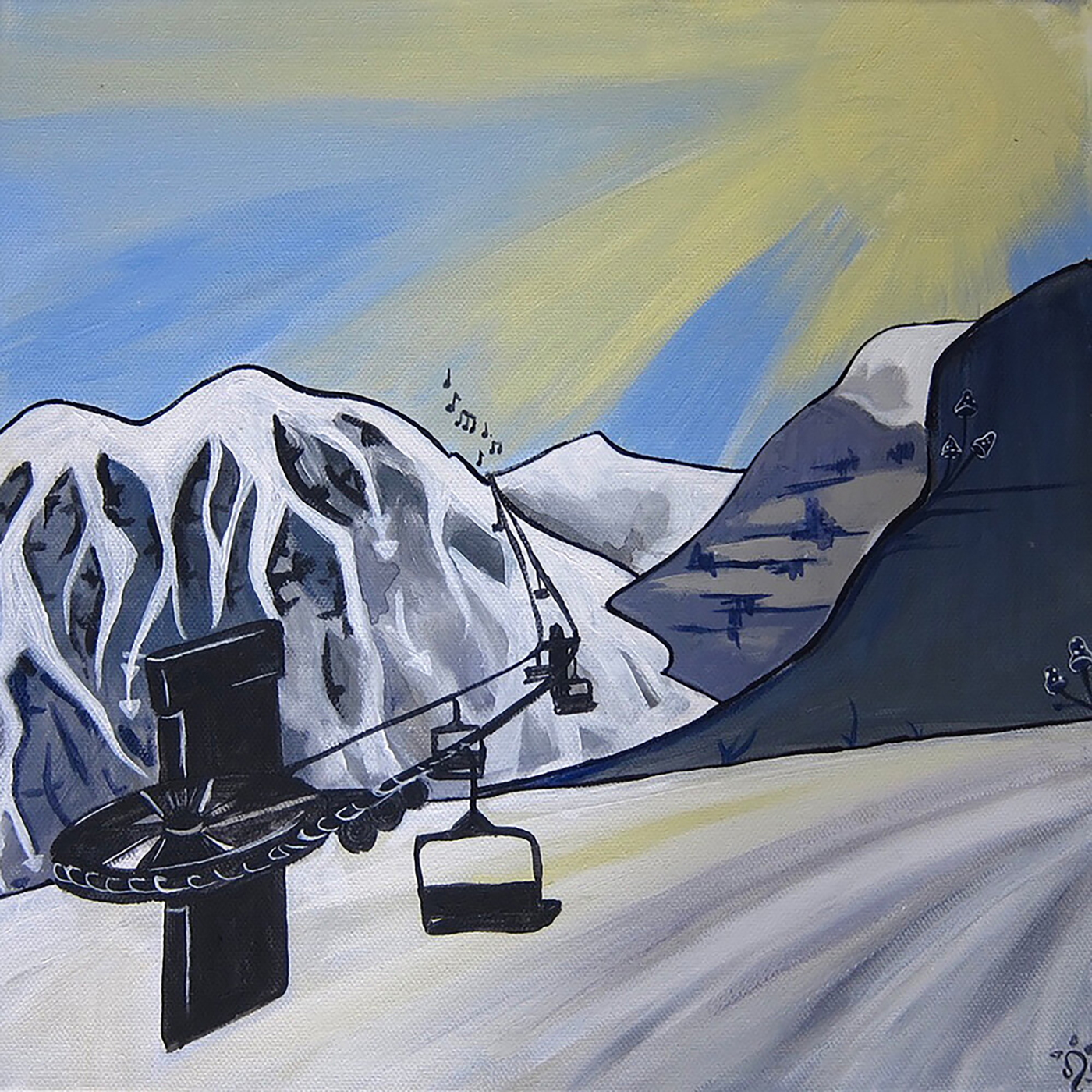 Slippery Slope is the sophomore effort from Park City’s Telluride Meltdown, a band that mixes  ‘90s alternative pop and bluegrass. I feel the band is Utah’s ski-bum equivalent to coastal California’s locals-only surf scene. Many of the lyrics incorporate the mountain powder life and contain a vibe of going wherever the lift takes you, living with few schedules and even less alarm clocks.

That said, I struggled getting into the album. One track in particular, “Purple 1Z,” put me off. I couldn’t get past the lines about the singer wanting to show his “big huge dick that’s housed inside of his long johns,” to a woman on the slopes he finds attractive. At the end of the eight-minute song, he finally shows it to her after stalking her all day because he wants to “pin a lift ticket to her heart.” I suppose this could be taken as humor, or maybe a real conundrum the songwriter’s encountered, but it’s one I really couldn’t have cared less about. I felt it to be tasteless—I’m not a prude, but I’m also not in eighth grade.

Though the content of “Purple 1Z” does not define the entire album, the disinterest that formed while listing to it tainted my greater listening experience. Still, there are fun tracks within Slippery Slope. I could see myself getting into “Smiles.” It’s a nice song due in part to the apt guitar playing. There are some densely layered arrangements on the album as well. I like the bass-laden riff alongside the contrasting, lightly plucked hammering of the guitar all within “420 to Cheyenne.”

There are good parts about Slippery Slope. It’s full of energy, and I can imagine they would put on a lively show. The instruments were well-played, and the sound isn’t like a lot of things out there, especially on the local beat. But I won’t recommend it to anyone I know, particularly anyone who is all too familiar with the kind of aforementioned attempts at picking up women in real life. –Billy Swartzfager