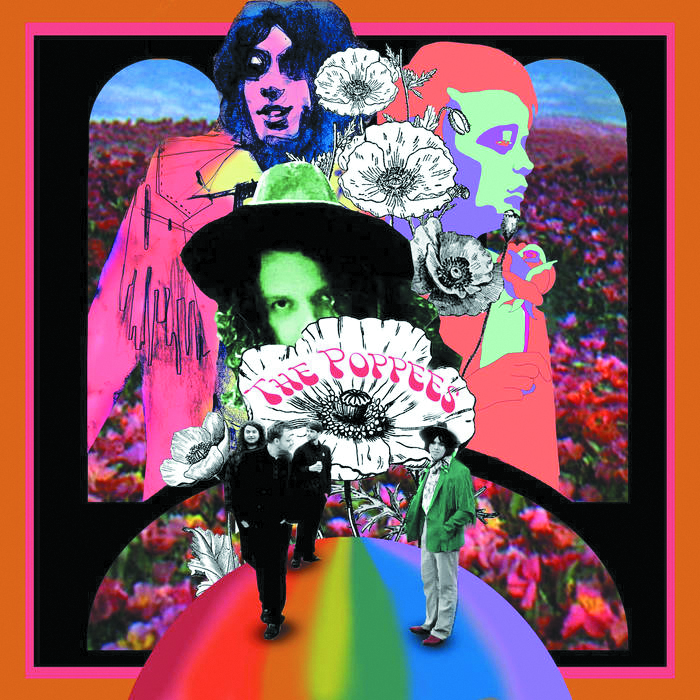 The Poppees
Hot Dogs and Wine

The Poppees from Salt Lake City are not the dreamy pop band from the early 1970s, though their name is spelled the same way and their sound is similar at various points throughout their debut album, Hot Dogs and Wine. Though similarities are present, the modern-day incarnation has thrown down some unique additions to make their music their own, which is certainly fun and full of life.

My favorite aspect of the band has got to be the way they use harmonies. It happens on every track, but never once does it feel overused, trite or like a coverup for the lack of something else. It makes all of the songs easy to hum along to. The title track is filled with it, and works out to be a worthy namesake for the album. The opening track, “Yuika Doesn’t Play in the Band Anymore,” uses harmonization just as memorably.

The guitar work on the album is pretty good as well. There is some heavy ’60s-guitar influences on many of the tracks, including “Come on Baby” and “Good Timez,” though the latter follows a slightly different formula that is still reminiscent of decades past. “Her Majesty’s Daughter” contains my favorite guitar pieces on the whole album. I think I can hear some ’90s grunge sounds, like The Pixies, in there on top of that electrified pop sound.

There are some nice instrumental additions peppered in, too, adding the perfect amount of flavor behind strong vocals and guitars. “Texas Rose” has some incredible harmonica, almost Dylan-esque. And “Teenage Wonderlust” has some decent-sounding saxophone highlights.

On “Come on Baby,” the vocals reach their most dynamic. The song is a great little duet that is heartfelt and one of the album’s strongest tracks.

In all, Hot Dogs and Wine is a good album. It will be interesting to see what adjustments and progress The Poppees make going forward. –Billy Swartzfager