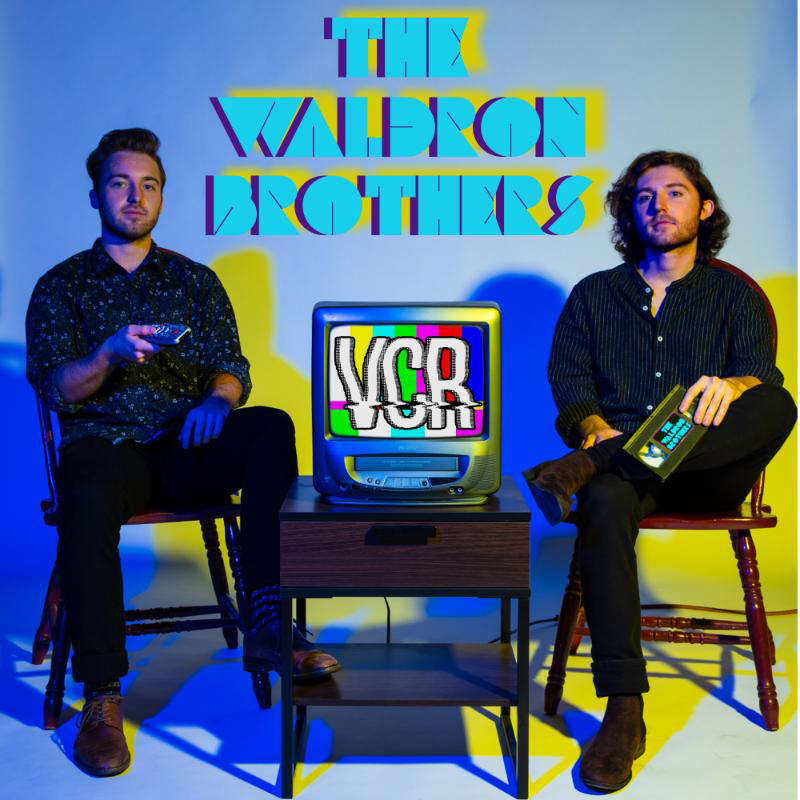 Salt Lake indie “blood brother” rock duo The Waldron Brothers have come from a soundful family, having performed in numerous bands with siblings and friends over the years. In 2017, they released their first EP as a twosome, with their sound taking on a decidedly more new-wave vibration since then. The newest singles from their forthcoming EP, VCR, attest to this slight evolution of sound. Jimmy and Matthew Waldron keep it simple even with the addition of synthy backings to their classic indie rock style.

“All That I Want” opens the EP with a starkly glory-days, ’80s Brit-rock flashback—Sting-style vocals included. The sad-boy vibes abound in this EP from the start, suffusing the song list with a nouveau-emo sort of sensibility. A folksy singer-songwriter feel comes forward in “Heaven,” albeit to a degree that becomes a little hefty and drippy. In fact, said track became so maudlin as to be nearly an ordeal to get through. The most dominant criticism of this collection is its frequently dour overtones, making it either the best playlist for post-breakup blues or a less-than-uplifting soundtrack to an ongoing healing process. Fortunately, “Maybe” turns the tone around a bit and brings more levity in the recognition of achieving a sense of freedom from relationship loss. This more mature narrative should be a good guidepost for the duo as they progress.

Cool, bassy blues come through in “Rivers And Oceans,” wherein the brothers display a deft little bit of vocal harmony with nifty licks. Lovers of the early Police will digest this track with lip-smacking satiety. Speaking of nostalgia: Tracks “Side A Side B” and the title track hail to High-Fidelity–style mid-’90s record shops and Gen-X breakup woes. Undoubtedly, if you’ve had your heart torn from your flannel button-up of late, VCR is a worthy listen for commiseration and contemplation. The Waldron Brothers might benefit from further exploring their more hopeful side within their classic indie sound. When they briefly visit that dichotomous territory, their music and narratives pair delightfully. –Paige Zuckerman