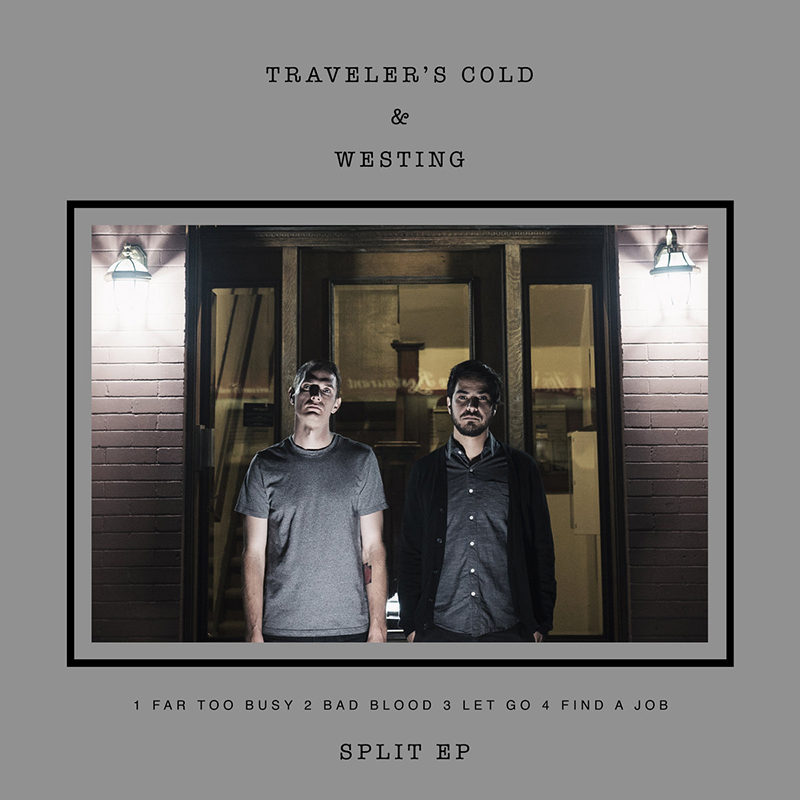 The last few years of traveling and band transitions have lent an intimacy to the character of Traveler’s Cold and Westing’s split EP. Taking a break from the energy behind their former projects, split is more of a slow, emotional conversation than insightful shouting. The winter release could not have been better timed, with its somber tones. The gradual, word-of-mouth expansion, and ultimately hopeful, tone blend well into spring. With the bombastic electronic thump of the current indie scene, it’s calming to hear the raw, open and occasionally improvised sound of this album. Possessing a tone that’s more Chuck Palahniuk than Suzanne Collins, Traveler’s Cold and Westing have created a unique opportunity to peek inside the mind and thoughts of two very passionate musicians. “Let Go,” the third track on the four-song EP, displays the softer more melodic side of the album, but falls shy of the catchy goodness of its two prior tracks, “Bad Blood” and “Far Too Busy.”

Not that catchiness was ever the intention of this album—split seems flush with organic moments and the melody just happens to be the cart that the messenger arrives in. The track, “Find a Job,” is haunting and lingering in its honesty. It makes small strokes that fall shy of epic-ness and that shine beautifully on an album grounded firmly in the world around us. “Find a Job” exists as the perfect balance between these two bands and their collaborative project.

The guitar work on split is completely gorgeous and sounds better with headphones than with speakers. I suggest a moment alone and a glass of something calming for the album’s ingestion. Hopefully, the careful craftsmanship behind this project spurs on future collaborations between Traveler’s Cold and Westing, because this first effort is nearly pitch perfect. –Benjamin Tilton