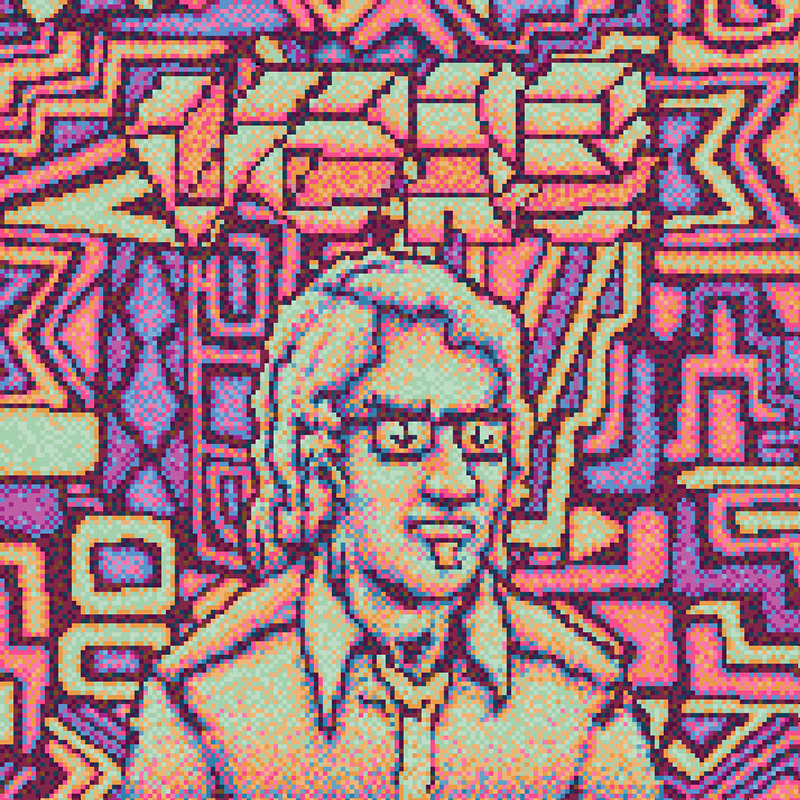 Let’s pretend you are taking the auditory equivalent of a blind Pepsi/Coke test. Without any context of the artist creating the music (assuming you have some cursory knowledge of electronic sub-genres such as Chiptune, glitch, jungle, drum n’ bass, etc …) you are played VCR5’s CHIPWHIMP V in its entirety. Chances are, depending on your predilection toward the genre, you are listening to a good or potentially great Chiptune record. The 8-bit run-ups are abstracted enough to provide enough distance from the source material to have a life of their own, the bass lines stop- and- start with hypnotic irregularity, and the arpeggios sound warped and wound up to whiplash speeds. It’s an astute record of electronic sounds turned into music. Now, here’s where the blindfold comes off. You aren’t listening to a basic bent Gameboy and Pro-Tools Chiptune noisenic set-up—dude is creating this music straight out of several VCRs in a massive rack all spitting magnetic tape through their reels like Charlie Chapman stuck in the cog of the MACHINE.

As a fan or non-fan of the genre, how does this change your perception? Is the act of seeing or acknowledging a process that is truly novel change the way that you listen and respond to the output? Does the product now live outside of what you hear because of how it is made?

If Joe Greathouse were just another run-of-the-mill Chiptuner existing in a tiny microcosm of people who listen and praise each other’s music, we wouldn’t be asking these questions. Instead, Greathouse’s process has got me fucked up. There is so much I love about this record without any context. The familiar warbled maxing out of high tones, the glitched-out (in the ’90s manifesto-driven electronic music sense of the word … sigh. See Oval.) bass lines serving as the album’s propulsion mechanism that flatten into singular sheets of sound when the BPM gets ahead of itself as well as the sense that the entire composition is tightly composed but completely apt to run amok at any moment from its creator’s hands.

All these things make CHIPWIMP V completely worth listening to on its own merits. But, I don’t know, dude is making this entire thing by using a rack of VCRs as a giant sampler. How do you escape from something that novel and impressive from an engineering standpoint, at least? A project like VCR5 makes any sort of attempt to wrest musical output from the general context of who and how it is made seem fruitless. VCR5 has got me all fucked up. –Ryan Hall