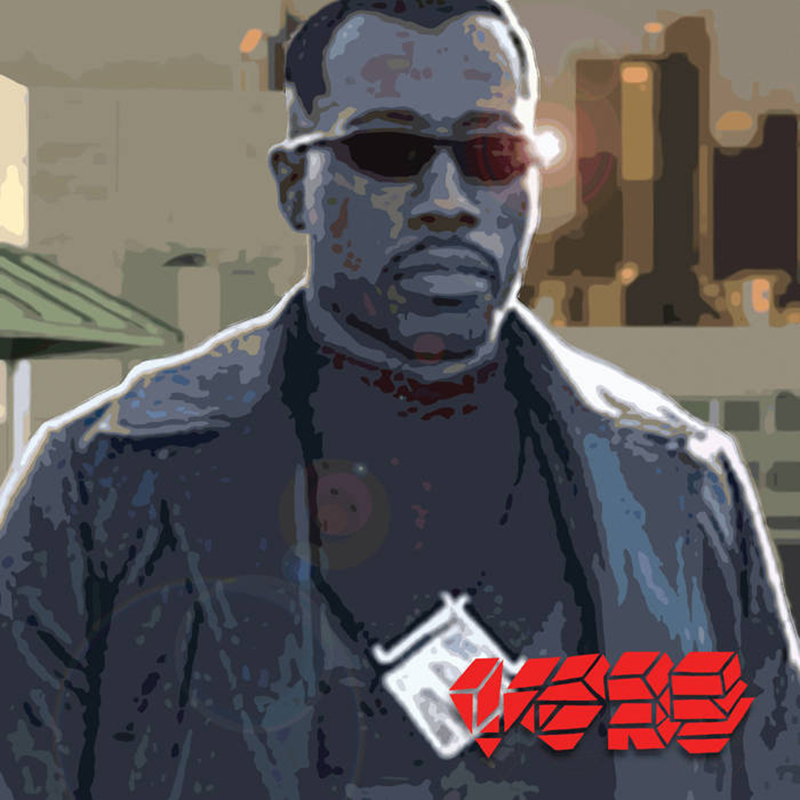 Joe Greathouse’s latest VCR5 project, released both as a standalone album and as the soundtrack to an absurd, vaporwave-friendly piece of video art, is a highly addictive hip-house record masquerading as unapproachable glitch music. Greathouse uniquely combines styles and uses repetition as its own form of development, avoiding drastic change in favor of stoic, unflinching stasis.

Each track here builds off of one repeating pattern. Every fraction of the beat is perfectly occupied by an array of samples, keyboard snippets and drum sounds, forming a disorienting whole. At their onset, these patterns come across as complete madness. As the tracks progress, however, they develop their own internal rhythm and settle into a sort of groove. What initially seems like random chaos becomes an impossibly precise sequence.

Both within and atop these patterns, Greathouse alludes to the tropes and conventions of dance music. A lot of the synth patches he uses have the same airy ambiguity as classic techno tracks, while his cut-and-splice layering of vocal samples owes much to Todd Edwards’ influence. Greathouse further grounds his tracks with his percussion. Heavy use of four-on-the-floor kick loops provide not only rhythmic stability but also a stylistic reference point for the otherwise alien music to work against.

Since every track follows roughly the same formula, it’s Greathouse’s smaller, nearly imperceptible compositional choices that prevent NARC from being one-dimensional. As some tracks accumulate energy, the steady drum loops turn into frenetic breakbeats, and in these sections of increased entropy, Greathouse’s drum programming skills shine. The sense of rhythmic composure ebbs and flows, but even the more arrhythmic sections feel locked in to the beats that precede and follow them.

The use of samples further differentiate the tracks. On “Misfit Spiders,” the repeating order to “pull the trigger” initially sounds menacing, but eventually resembles a clip snatched from a broken Nintendo cartridge as it loops into infinity. There’s a two-note horn sample on “Nosferatu” that, through its simplicity, provides a concrete moment amid the swirling music. Greathouse understands the importance of minute gestures in a sonically similar atmosphere, such that the smallest moments on each track feel like the most important.

I wish I could act as an evangelical disciple for this wonderful record, but NARC is not for everyone. It takes multiple listens to begin to crack Greathouse’s code, and even then the record feels better when studied than when passively enjoyed. If you’re looking for a pleasing, bouncy dance record for parties, steer clear. If you want the musical equivalent of calculus (and don’t mind a layer of colorful sarcasm), look no further.–Connor Lockie