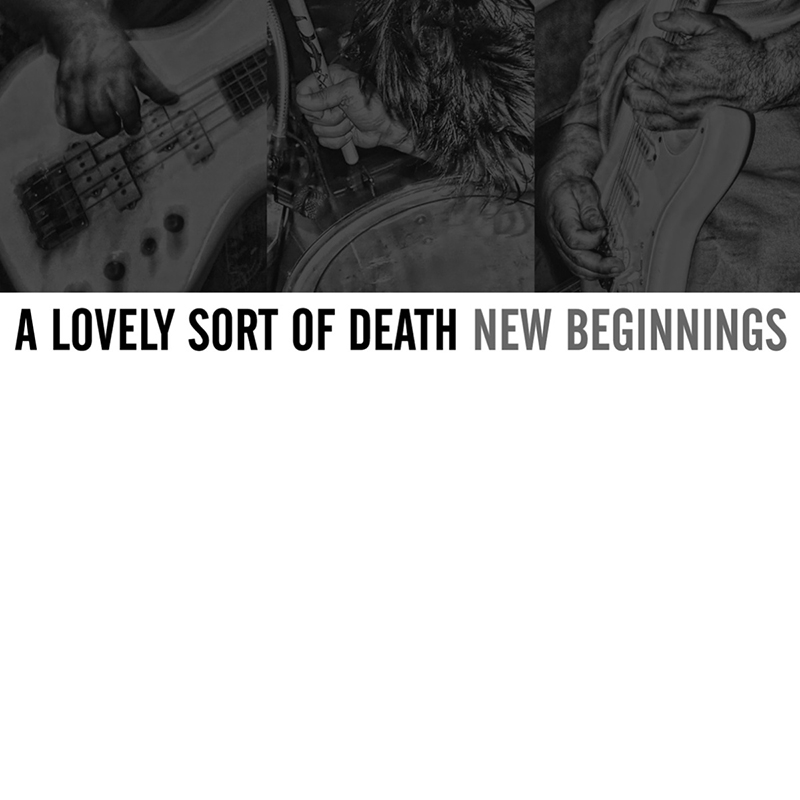 New Beginnings is a weird record. Sower-tempo, almost-Flipper-style hardcore and psycho-carousel guitar melodies punctuate an album that bucks with jolty drum work. The first two tracks, “Carbon Data” and “Meth Sanctuary,” have a political slant to them—intelligent design vs. evolution and environmentalism, respectively—albeit with an esoteric, devil-may-care disposition. The rest of the lyrics deal with the personae of a small town—a negligent, auto-mechanic dad, his crackhead son and promiscuous women. Said women function as stressors for these male speakers, who seem to want to retreat and lapse to boyhood. By and large, the lyrics don’t match the angular music well—I’d have been more satisfied with cheeky, nihilistic songwriting about Satan and angst. Side B is more solid, though, with some more straightforward rock motifs, and penultimate track “Trak Life” and closer “New Beginnings” aren’t half bad and a great way to finish. This album won’t blow anyone away, but give it a spin if you’re going through a breakup and angry about it. –Honk Carnie