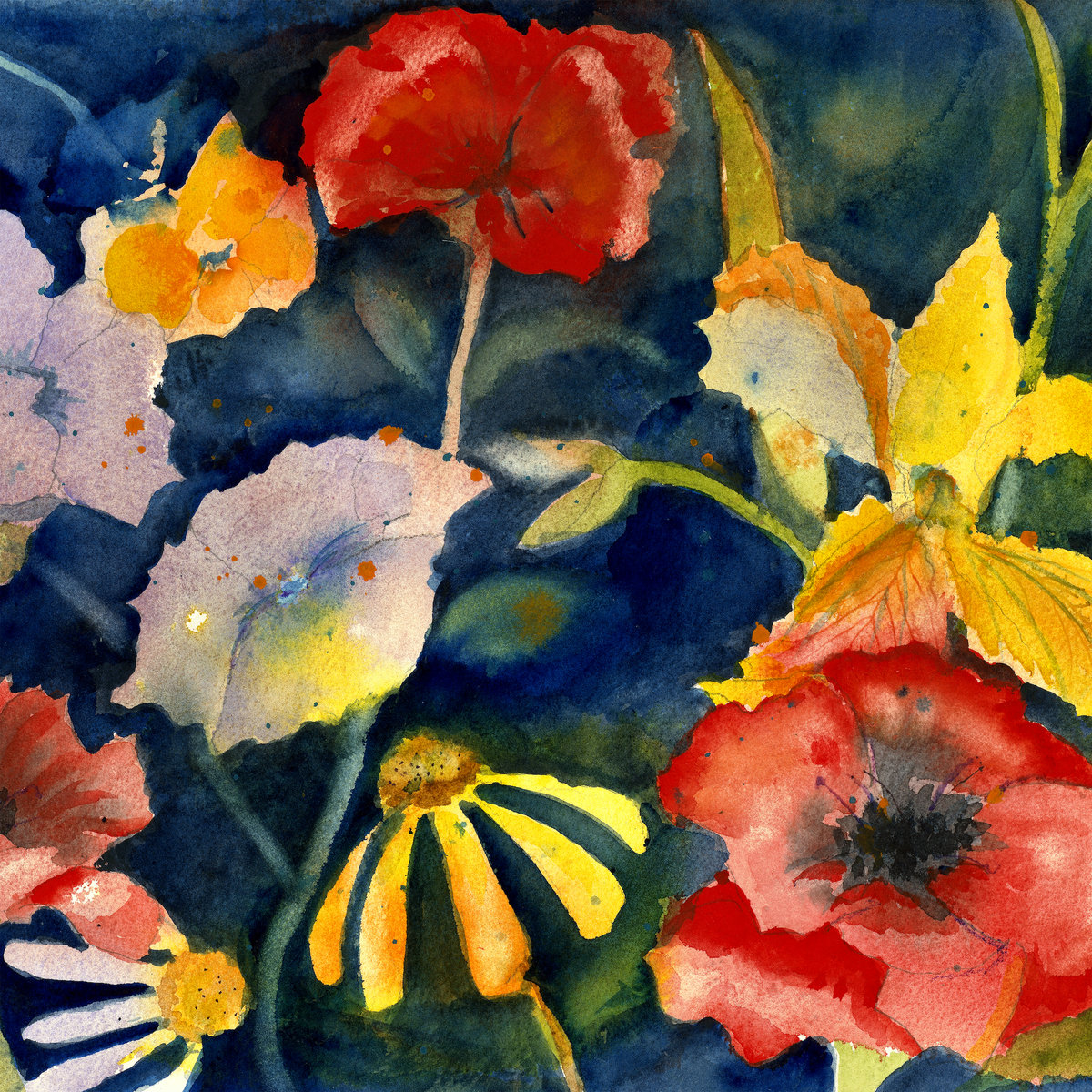 Adrianne Lenker’s music has always felt coolly natural. Whether she’s caterwauling against the limits of her vocal chords on songs such as “Forgotten Eyes” and “Not” from last year’s Two Hands with Big Thief, or she’s singing barely above a whisper on the original “From” off of 2018’s solo abysskiss, there’s always been the sense that her music-making is a form of obvious speech. It’s as if these stunning songs are simply the best and easiest way for Lenker to relay her stories, her poetic writing not so much a conscious decision to turn her words into art as it is the only logical way forward. On instrumentals, the companion album of spliced-together improvisations for her gutting songs, Lenker’s voice retreats, replaced by a simple, lackadaisical approach to playing that refuses structural definition and creates a worldly expanse out of musical ease.

Divided into two side-long tracks, instrumentals takes the hallmarks of Lenker’s song-based music and filters them through unhurried improvisations with a focus on resonant open tunings, ringing guitar harmonics and soft finger-picking. Undergirded by a steady tape hiss, chimes that ring out and hum without end and a welcoming of outside sonic influences—bird calls, footsteps, the ethereal wash of wind—these pieces seek to mesh Lenker’s musical personality with an incidental combination of sounds that challenge formal beauty with a deep listening–style naturalism.

The first of these two pieces, “music for indigo,” cycles through a series of wandering acoustic guitar figures, with Lenker highlighting the reverberation of down-tuned open strings and the woodsy creaks and groans of her acoustic guitar. Each idea exists only for a moment before Lenker winds it down and casually shifts toward a new thought, either a retreat, and evolution or a clean break from the passage that preceded it. In this sense, the music on instrumentals is always being constructed, but instead of individual steel towers, the sounds are more akin to Lenker building play-doh figurines out of each idea, briefly noting their interest before reveling in the soft clay’s eternal malleability.

This absence of formal structure or direction on instrumentals keeps the music from ever accruing firm momentum, but the unique sense of movement Lenker conjures up instead yields its own unexpected rewards. At one point toward the end of “music for indigo,” she interrupts a picked melody centered around shiny guitar harmonics with a defeated sigh and the proclamation, “I’m starting over.” The track then rides out on a strummed chord progression that wouldn’t sound out of place on a Big Thief backing track. It’s a jarring shift, a sudden jolt out of the faceless and free-flowing mysticism of the preceding ~20 minutes; a fourth-wall break that reinforces the sense that this music exists unbeholden to any purpose other than an appreciation for the ringing beauty of sound in any single moment.

One side two, The aptly titled “mostly chimes” opens with a rollicking acoustic guitar passage before descending entirely into blissful, metallic ambience punctuated with the sounds coming through an open window. Here, Lenker’s authorial touch entirely vanishes into the allure of natural sound. Even if there is some post-hoc production tying weeks worth of recordings into one 16-minute piece, the end result abandons concrete rhythm or progression in favor of a tête-à-tête between Lenker and the outside world. It’s a piece about listening the taper of each chime tone, the natural songs of the birds and the ambient washes of wind; appreciating the shared joy in music held between Lenker and her unknowingly autonomous collaborators.

instrumentals exists so deep in the realm of effortlessness that it often teeters on the verge of becoming a (mostly) wordless sonic diary as opposed to concrete, consciously performed music. Even if the pieces here are abstract, though, there’s a welcoming and unpretentious honesty gliding through the whole album. As an atypical offering from someone who so often speaks eloquently through song, instrumentals is beautifully conversational, an exploration of sound that works to reinforce patience and serenity. –Audrey Lockie