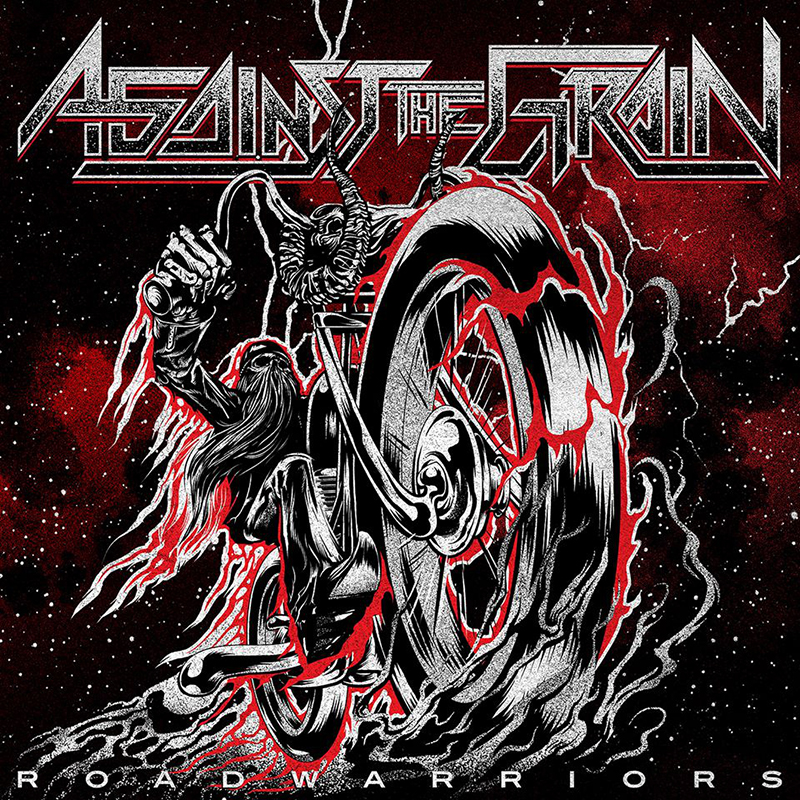 Review: Against the Grain – Road Warriors Against the Grain
Road Warriors

I can’t stop listening to this album. Seriously, I can’t stop. The boys in Against the Grain have taken the rock flag and are running full tilt with it. This is the album where nonstop touring, playing through adversity and learning to be brothers have tightened a band to the point where they can’t do anything but rock our asses off. I can hear the influences—throw in Iron Maiden, too—but the road has hammered this band down so tight that they have found their own voice, and that voice is fucking powerful! Whenever someone tells me “rock is dead,” I can throw a band like ATG at them and shut them down immediately. If you’re a fan of lightning-fast riffs, wicked leads, quick-handed drum acrobatics, whiskey-soaked vocals or just general badassery, get on this album now. It’s a fucking scorcher. –Jeremy Cardenas