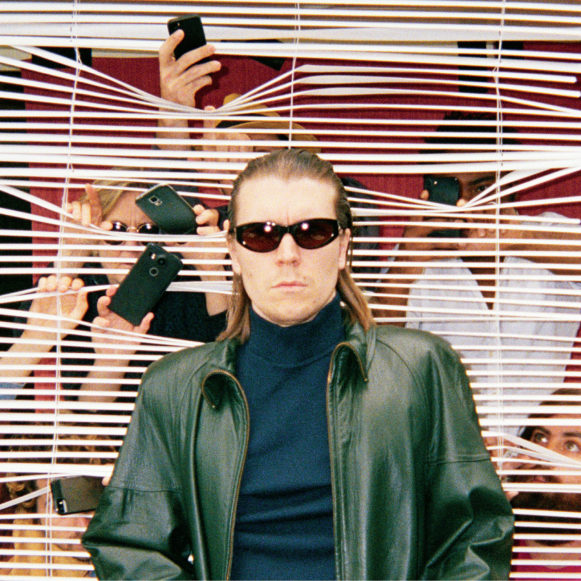 But, I am certainly pleased that I did. The music is poppy, and the lyrics are crass, but it all comes together. Honestly, who wants to listen to cookie cutter songs that could apply and appeal to anyone under the sun? And who’d care to listen to such gritty depictions of lowdown life without the accompaniment of perfectly crafted hooks and choruses. The contrasting dynamics in Forced Witness work, well.

Since subsequent listens to Cameron’s second studio effort, I have peered into his first album as well as some of his videos. He has chosen to embody the character of a failed entertainer, and his songs champion the beautiful losers of the world. He tells the stories about people that nobody else bothers to. I suppose there is a lot of hip-hop out there vividly illustrating the turmoil folks face in neglected neighborhoods, but this feels entirely different—there is a defenselessness here.

Every song on the album has a protagonist, which may or may not be Cameron himself. Many of the themes are recurring—they could be any one of the derelicts or vagrants who get passed over by most people every day. Maybe we assume, as they sit on a street corner or at the end of the bar that they don’t fall in love or pine for love lost like everyone else does, but Cameron reminds us that they do, and he does it without flinching or pulling a single punch.

There are a bunch of great tracks on Forced Witness. There’s “Runnin’ Outta Luck,” where a dirtbag and a stripper fall in love with each other, but not for the first time—they’ve been in this situation before, many times. The imagery cooked up by Cameron’s lyrics is vivid but likely very different for everyone listening due to the individual interpreting what is being said, which is as it should be. Another song I truly love is “Stranger’s Kiss,” a duet with the exquisite Angel Olsen. Her artistic and esoteric style and downtrodden lyrics fit perfectly inside one of Cameron’s unconventional heroes.  I recommend taking a jaunt over to YouTube to watch the song’s video, directed by Girls’ Jemima Kirke, who also stars alongside Cameron as greasy subway entrepreneurs peddling CDs and accosting potential clients with a hip gyrating push/pull sales tactic. It’s fantastic.

Forced Witness is a good album and a grand adventure, particularly in the first half, though there are a couple of tracks toward the end that stand out almost as strongly as those I have already mentioned. The adventure may not have started on the highest note for me, so I didn’t expect Cameron to grab ahold of me like he did. But, as with any great adventure, it was the unexpected that made the whole process thoroughly enjoyable. –Billy Swartzfager