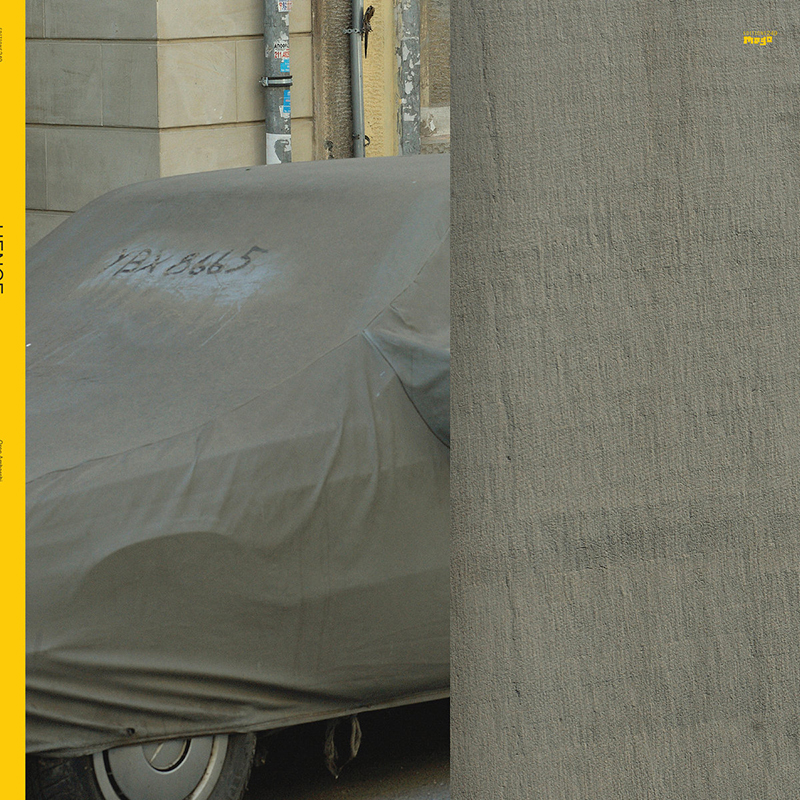 On the surface, Hence reads as standard fare for an Ambarchi-O’Rourke collaboration. The album title and tracks—listed as “One” and “Two”—are fittingly ambiguous, Ambarchi is credited as playing “guitars etc.,” O’Rourke “synths etc,” and much of the music reads as typically warped electro-acoustic drones. The key difference between this work than any other, though, is the added third member, tabla master U-zhaan. Instead of subtly folding his percussion into their world, Ambarchi and O’Rourke mediate their styles and create an evocative album where it feels like each musician is carefully avoiding outshining the other without marring the group sound with hesitance.

Hence opens with a moment of delayed gratifications. Panning synth tones that feel uncomfortably suspended in air bounce around, removed from rhythmic stability. The music steadily grows, building tension and signaling a move towards some long-awaited release. When the group does finally explode into a full mix, the track’s identity comes into colorful focus. U-zhaan’s tabla and Ambarchi’s heavily treated guitar enter with a forceful weight—the former laying down firm, solid downbeats and the latter methodically pinging around the mix.

The remainder of “Hence One” revolves around this repeating guitar motif, such that everything plays a foil to its steady progression. The rising and falling harmonies form a harmonic sequence of sorts, repetitively cycling through a limited set of chords. Monotonous looping this is not, though, as both the structure of these patterns themselves and the surrounding music are in constant flux. There’s a distinctly in-the-moment feel to the way each musician responds to the sounds, even if the end result the product of careful studio production. Group energy builds and wanes together, most prevalent in the middle section as the trio reach a form of relaxation before building up to the track’s most intense few minutes.

As the music crescendos, the already prevalent force of U-zhaan’s tabla takes a primary role. He executes a blindingly fast roll as the music around him accumulates momentum, carefully following his ascension to avoid trailing behind or rushing ahead of the collective energy. The music is now worlds away from the whispered electronics that opened “Hence One.” The trio have fully come into this sound world, and the balance of organic tabla sound with grainy digital textures in this track’s final minutes is an endlessly pleasing mix.

While the second side is more spacious, it outweighs the first in structural complexity and layered nuance. Instead of building off of repeating pedals and patterns like “Hence One,” here the trio move through a series of unique sections connected by sparse interludes. Without reading too much into “etc.,” this side feels much more indebted to O’Rourke’s synthesizer and production work. The live feeling of the group interplay on the first side is replaced by a cut-and-spliced mix of sounds. At any moment, there’s likely a half-dozen different elements building the present body, each one just as significant as the next.

The final large swell-and-decline brings the music to a satisfying close, despite the nonlinear development preceding it. It’s as if each unrelated idea was building to this massive catharsis, and all three musicians reach the peak of their dynamic range and expressive ability. O’Rourke’s buzzing synths are complemented by bowed guitar and forceful tabla rhythms: Like the ending of “Hence One,” it’s pure ecstasy. Hence showcases the ability of talented musicians to bend their styles towards a more collective identity, but not at the cost of losing a nameable definition. It’s democracy without sacrificing individuality, respect without timidity. –Connor Lockie