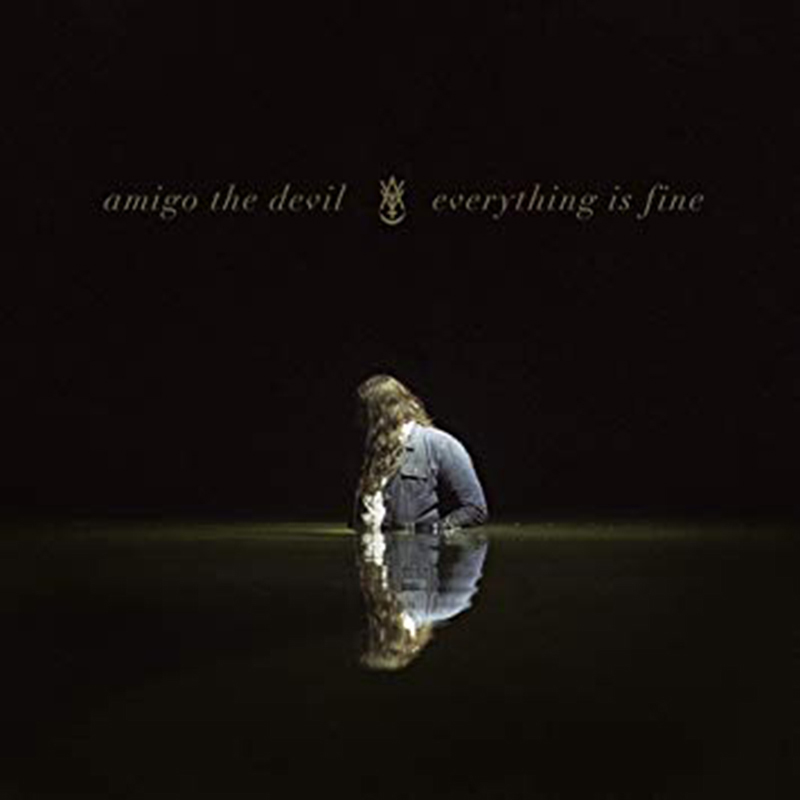 Amigo the Devil | Everything is Fine | Regime Music Group

Review: Amigo the Devil – Everything is Fine

Amigo the Devil
Everything is Fine

Why is it that you develop some special relationship with an artist that you have followed since the start of their career? At times, the “old school” fan might even feel a little defensive of their “fandom” over a “newbie.” But that’s really all semantics for fans. Amigo the Devil—aka solo artist Danny Kiranos—had made a trip to The Heavy Metal Shop and dropped off some mercy and CDs. It was around the time when the artist had their first two EPs out—Manimals and Diggers. Soon after, Amigo the Devil came to The Heavy Metal Shop for an in-store performance. I first interviewed Krianos in 2014 for the zine I put out, Burning Salts Mag, and then in 2015 I arranged to do another for SLUG and the rest is history. Now, we’re super close friends—yep, I’m special, at least that’s how I feel.

In reality, it’s the intimacy of seeing Amigo the Devil perform live and just chatting with him for a few minutes after the gig that gets to me. Kiranos’ honesty and sincerity translates into Amigo the Devil’s music in heavy and lighthearted ways. Amigo’s last EP, Decompositions, features a trio of tunes ranging from a romantic track, “Hell and You,” that was re-recorded for this new full-length, a funny and sarcastic track called “One Kind of People” and, finally, “For a few good men,” a dark song to what I understand is about a man contemplating suicide. That song draws strong parallels to Everything is Fine—especially within the first track. While “For a few good men,” has a lyrical portion that says “Change won’t change a thing,” the track “Cocaine and Abel” talks about the desire to become a better man than in the past “because change is alright.”

It’s that strong juxtaposition that Everything is Fine starts out with that is also a huge statement about just how renewed and rebirthed Amigo the Devil is with his first full-length album and where the heart of the songwriter lies. The rest of the album is an assortment of folk/rock/country/punk songs that are a far cry from one of the first songs Amigo the Devil ever made, like “Perfect Wife”—a dark, comedic banjo ditty.

The banjo playing became a part of ATD’s identity and is still around on the new album, but less prevalent. “If I’m Crazy” has some intense electric guitar and pounding drums, followed by the equally intense “You’re Perfect Too,” a multi-instrumented song complete with some horns. “Everyone Gets Left Behind” is a punk rock tune I could honestly see getting played on the radio as an indie break-out hit. It’s just a fun, rocking, sing-along song. Other tracks are part country, part rock and some are intensely dark ballads.

While Everything is Fine does mark not only a vast musical branching out for ATD, there are also changes in lyrical direction, but it’s nowhere near unfamiliar for the artist. I’ve always felt that smaller EP releases were teases or tastes when done successfully. Amigo the Devil may be selling out smaller venues while on tour in the last couple years and Everything is Fine feels like it can open all kinds of doors for the solo act. I didn’t understand the choice for the full-length, but after the listenings, I get it—and I’m probably never going to say, “I’m fine” again. –Bryer Wharton