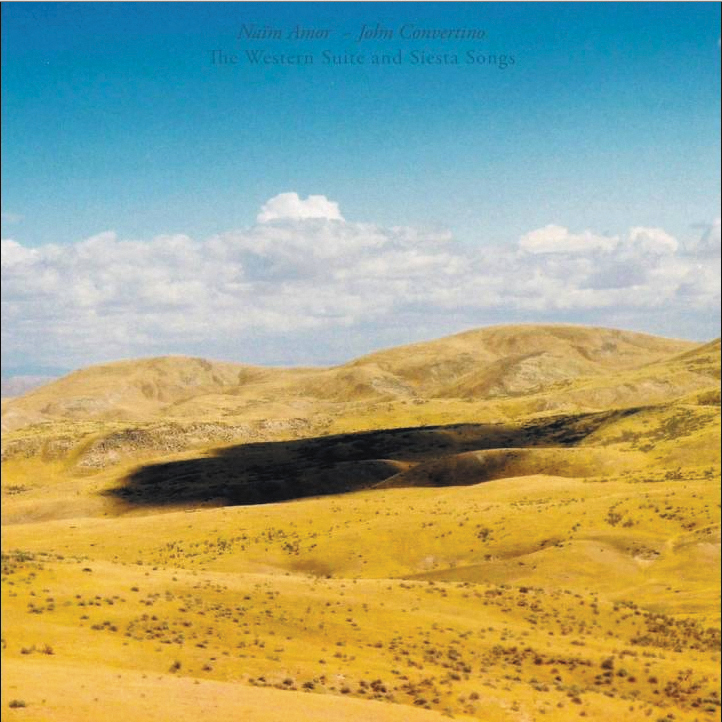 If Western movies were as huge as they were 70 years ago, this would be the perfect soundtrack. This album conjures up experiences we’ve never had with people we’ve never met in the worlds and cultures we may have never explored. Unfortunately, country music sometimes has a negative connotation attached to it. Country music gets a rap for having too much twang, being too depressing and probably being mostly too boring. That is anything but the truth with this beautifully made instrumental album.

This is the first album by the duo of Amor Convertino. Their background could not be more diverse. Naïm Amor is a Paris-born artist that got his start playing in coffee shops and train stations. In 1997, he and his family ended up in the desert of Tucson, Arizona. When the time came to make an album, Amor had enough material on his own, but he decided to collaborate with John Convertino. Whats makes Amor Convertino such an impressive duo is that they recorded certain parts of the songs on their own before coming together for the finished product.

One of the most intriguing aspects of this album is the themes the artists take on. Each song’s titles reflects the theme of the song perfectly. Fitting examples are the songs “Ryegrass Waltz” and “XO Waltz.” Yes, they are two songs derived from the traditional waltz. “Ryegrass Waltz” takes on more of an earthy tone. The song brings up an image of playing in a field out in the country and running wheat through my fingers. It is an easy song to get lost in, and it’s played in such a way that will ease your mind while you listen to it.

“XO Waltz” is crafted very similarly but clearly takes on a more romantic tone. Both songs are done beautifully. What makes these two songs so unique is that they are essentially the same song, only one is done in a in general and slowed down. They are similar but bring about different situations we find ourselves in. “Round ’em up,” the opener, pulls you in. Think of being a sheriff in the smallest desert town you can think of. A gang of bank robbers has entered, and it’s your job to round ’em up and bring them to the jailhouse.

Perhaps the most telling song on this album is the sixth track, “Black boot shuffle,” which combines the grittiest of boots on the desert ground with the finesse of country dancing. It brings together quick guitar with snarly drumbeats to create a shuffle. The song could be an old ranch hands favorite tune at the local bar with its blue-collar feel that is hard to beat.