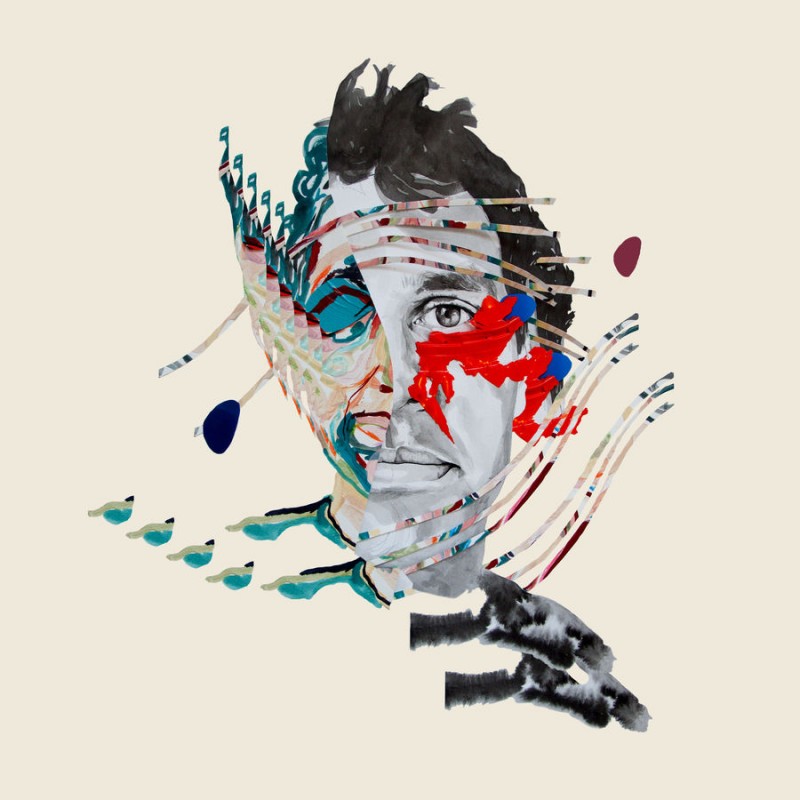 Read our review of Animal Collective’s latest album Painting With.

Bearing the face of Marcel Duchamp’s readymade L.H.O.O.Q., initial wonderment of Animal Collective’s newest offering Painting With maybe met with the band drawing a moustache over its own music. The band makes little secret of their admiration of the Beach Boys, and few bands since them have echoed the joy of making music coupled with experimental zeal as Animal Collective have. Their legacy composes of material that fails to comfortably fit on a linear timeline. Like Pink Floyd, Bowie and Prince before them, they are a genre of their own invention. A trip down memory lane from Sung Tongs to Merriweather Post Pavillion reveals this perspective in plain sight.

The one-time foursome, now a three-piece with Avey Tare, Panda Bear and Geologist, followed up their critically hailed Merriweather Post Pavilion with Centipede Hz. Held to Radiohead’s unfair standard, critics and fans hoped Centipede Hz would be Kid A to Merriweather Post Pavilion’s O.K. Computer. Instead of measuring the band against its own scatological legacy, the record failed to replicate the same kind of reception Merriweather had, an album which featured two of the band’s finest compositions, “Wide Eyed” and “Pulleys,” the latter more reminiscent of their Sung Tongs period with electronic timbres. In the end, Animal Collective pulled themselves, and their devout listeners, into uncharted waters of quixotic production tricks. Ten years from now, fans of the band will hear the album with fresh ears, comfortably distanced from its shadow-bearing achievement and see it for what it truly is—a masterpiece beyond compare.

To lump Painting With in the same category of contemporary pop music with the likes of Ariana Grande and Selena Gomez would be aiming at a target while held upside down and drunk. Although to hear “FloriDada” follow “Sorry” by the Biebs would either signal a beginning of the end once heard when “Smells Like Teen Spirit” followed Color Me Badd’s “I Wanna Sex You Up,” or it would signal a time when lion, lamb and loon could coexist without irritating the natural order of things. Playful as early rock n' roll’s “The Bird,” “FloriDada” celebrates the much beleaguered state, even featuring a quick sample of “Wipeout” before it launches into the song’s last verse. “Hocus Pocus” underscores the band's tempered production. Drones–performed by the man partially responsible for its emergence in rock n' roll, John Cale–provides a fresh undercurrent for a band who has already mastered overproducing a track. Each droning sound pleasantly accompanies Tare and Panda Bear’s sparring Dennis–and Carl Wilson– vocals. No disorientation or vertigo is initiated in the listening experience, which only means that the other shoe should drop anytime, right?

Wrong. “Lying in the Grass” creates an exceptionally rich audio experience without the band’s typical perversion of the composition. The panning effect elevates its charm, taking nothing away from the band’s minimalistic charm, utilizing instrumentalist Colin Stetson’s horns without the clash of analog discordance. Psychedelic flares explode when Tare changes vocal pitches in real-time during “The Burglar.” His breakneck lyrical delivery matches the song’s frenetic pace without subtracting from its procured delight. The opening oscillated-keyboard riff on “Natural Selection” lifts the progression from “La Bamba,” but it works by transforming itself into something that resembles almost nothing made before it.

Don’t let the odd titles or the catchy melodies fool you. The album smoothly transitions from one remarkable piece to the next. The modular synths are played with more exactness than either Merriweather or Centipede. The song takes precedence, but the sounds are just as adventurous as anything the band has composed to date. “Golden Gal” uses an actual sample from Bea Arthur’s character reprimanding Blanche Dubois in Golden Girls. So light-hearted and endearing, the band humors themselves while contemplating what love must be like for elderly people. When the album closes with an obligatory end-of-party slow jam. The pace slows considerably, nearly resembling filler. But that would be shortsighted in the large scope of Painting With’s achievement.