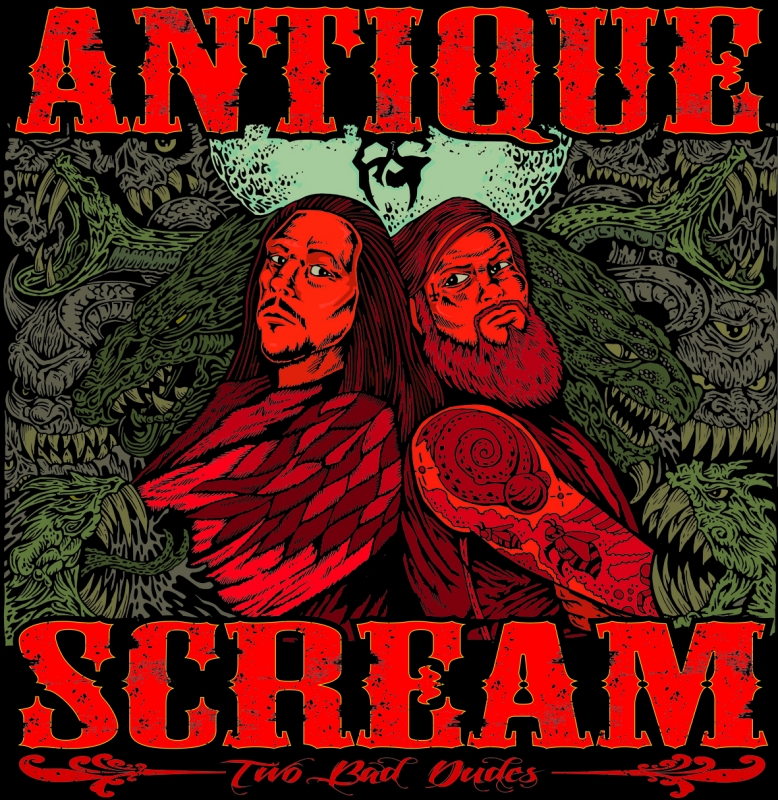 Antique Scream
Two Bad Dudes Records
Self Destructo
Street: 02.10
Antique Scream = Motörhead + Deep Purple
Low-toned, buzzed-out guitars, thundering tribal drums, deep bass grooves and rough vocals mark this release. Mashing styles akin to Hendrix, ZZ Top and even Led Zeppelin, Antique Scream offer a look back at early blues metal. The sound is the musical equivalent of a drunk hippy with a beer belly and a trucker hat. You’ll find that “Smoke on the Water” fuzz throughout the album and some great Bonham-esque drums on “Black Magic I.” There’s something for the acid trippers on the psychedelic-’60s riffer “Black Magic II” and something for the gasoline drinker on the “Ace of Spades”–y “The Intimidator.” If I had to complain, I’d say there’s a serious lack of fiery solos (I waited, but they never came). The production is pretty low-caliber, and there’s too much here that you’ve probably heard before, but if you’re into this brand of roadhouse rock, this might be your trip. –CJ Morgan
Photos: