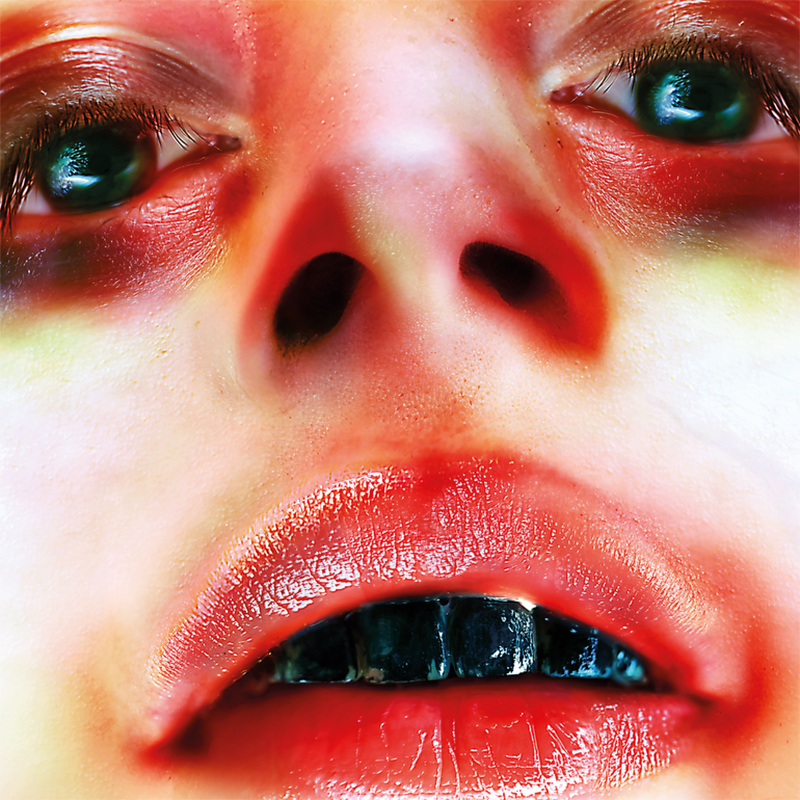 “But whenever raw flesh appears on him, he shall be unclean” (Leviticus 13:14)

When Alejandro Ghersi (aka Arca) released his mixtape Entrañas last July, it felt like the dead-end of a musical and philosophical tunnel. The warped electronic music this producer had been making over the past few years had coalesced into a mix of unrelenting dissonance and noise. Entrañas (Spanish for “bowels”) was a shedding of all meaning and form. Despite the near constant aggression, what stood out was the closing section of the mix, a track entitled “Sin Rumbo.” The static and noise fell away, leaving only airy keyboards and Arca’s smooth singing. However misplaced this single might have sounded on Entrañas, its new place in the middle of Arca is more fitting. The self-titled record features Ghersi’s Spanish singing on nine of the 13 tracks, and showcases a reserved form of expression that the producer has sidestepped thus far. After the purgation of waste that was Entrañas, Arca is what’s left: a solemn, beautiful declaration of identity in all of its glorious imperfection.

“Coraje” is a perfect example of the new style Arca embraces. The track begins with low piano chords and Ghersi crooning over the top, a section whose overwhelming emotion only builds as the track progresses. Ghersi eventually pushes his voice into a higher register, reaching the brink of his body’s capabilities, all atop nothing save a single keyboard. The result is a cracking, imperfect vocal performance, one so full of emotion it’s almost unbearable to withstand for its naked presentation.

It's only fitting then that Arca follows this minimal ballad with “Whip,” the most openly violent track on the entire album. The core here is a cluttered beat made out of whipping sounds littered with descending lines of quivering noise. Arca may have opted for an overall softer approach, but he still retains his brutal edge. “Desafio” is another surprising cut, but for an opposite reason. The track is melodic and memorable, and features an almost danceable groove with intricately layered vocal harmonies. It’s easy to hear the influence of FKA twigs here, an artist whose early work is mostly Ghersi-produced. After a stretch of time sitting behind the scenes of pop production, Arca now places himself front and center, combining his many influences into a unique identity.

The diversity and power of these three tracks carries through the rest of Arca. Many other vocal tracks follow “Sin Rumbo”: experimental and spacious ballads that use Ghersi’s voice as the centerpiece. Musically, the trademark feel of Arca’s sound as so unstable that it could fall to pieces at any moment is still there. What holds it all together here is Ghersi’s steady vocal delivery. Even though it’s difficult for me to decipher what Ghersi is saying without a knowledge of Spanish, his performances are expressive enough to convey strong emotions. Instrumental tracks like “Castration” and “Urchin” are more conventional Arca tracks, full of warbling piano lines and cluttered percussion, distorting their melodies toward unrecognizability.

Arca ends with the instrumental “Child.” The track is a slow and drawn-out keyboard experiment, somewhat resembling a grand organ processional for a church service. While Arca’s music is not explicitly religious, there’s still a contemplative sacredness to how Ghersi presents his art. While he has always dealt with humanity, especially now with the inclusion of the voice, the music looks elsewhere for meaning. It looks past humanity, toward the stripped and bare flesh as a means of understanding.

“For the one who sows to his own flesh will from the flesh reap corruption” (Galatians 6:8)  –Connor Lockie