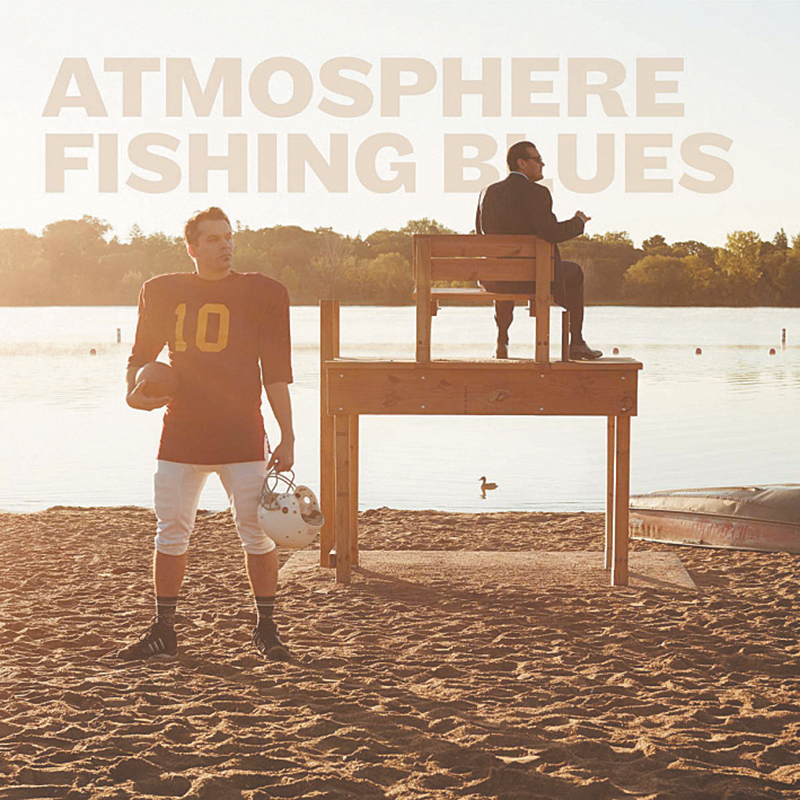 Now coming out with their seventh studio album, Minnesota heroes Atmosphere are back and show no signs of stopping with Fishing Blues. This album came as no surprise, as early 2016 was rattled with single releases and then, eventually, a track list. In true Atmosphere fashion, their sound continues to grow and tweak—each album never offers the same experience. Fishing Blues has an inspired feeling to it, with elements of blues, gospel and funk all taking part in creating the overall sound. Boasting an 18-song track list with nothing under two minutes long, Atmosphere have offered enough music to satisfy after the two-year break following their previous album.

Motivated to make each album a musically unique experience, Ant continues to make magic by combining a healthy mix of upbeat and fun beats hanging side by side with the moody and personal ones that they are often associated with. Atmosphere are in good company with the likes of I.B.E., deM atlaS, DOOM, Kool Keith, Aesop Rock, The Grouch and Kim Manning, all featured in Fishing Blues, making it an album of underground and independent all-stars.

The song that really opens up the album—and also is the first single and video of Fishing Blues—is the second track, “Ringo,” which features an upbeat track that sounds like something taken straight out of the Gorillaz’ Plastic Beach. A video featuring a man who acts as a king and a jester accompanies the track, where the people who were once his fans ridicule him. The king role works perfectly for his worshiped celebrity status of days past, and the jester represents that current status: a clown that entertains the people who’ll still watch. “Ringo” explores how celebrities are often seen in this current age, where “celebrity” seems to be a fleeting title. As said in “Ringo,” “Everybody wanna see a falling star.”

If this new release gives you the urge to get down to these songs live, you’re also in luck: Following the release of Fishing Blues, the Freshwater Fly Fishermen Tour will be stopping by our Salty City in September. All and all, Fishing Blues is everything Atmosphere fans are looking for—consistent yet ever-changing style in beats and flow that explores both serious and lighthearted themes. If you aren’t already a fan of the Minneapolis duo after over 20 years of making consistently thought-provoking music, Fishing Blues provides an excellent array of songs to get a feel of what Atmosphere are and always will be about. After hearing this album, Atmosphere show no signs of slowing down or stopping. (The Complex, 09.30) –Connor Brady