Review: Belle and Sebastian – Girls In Peacetime Want To Dance 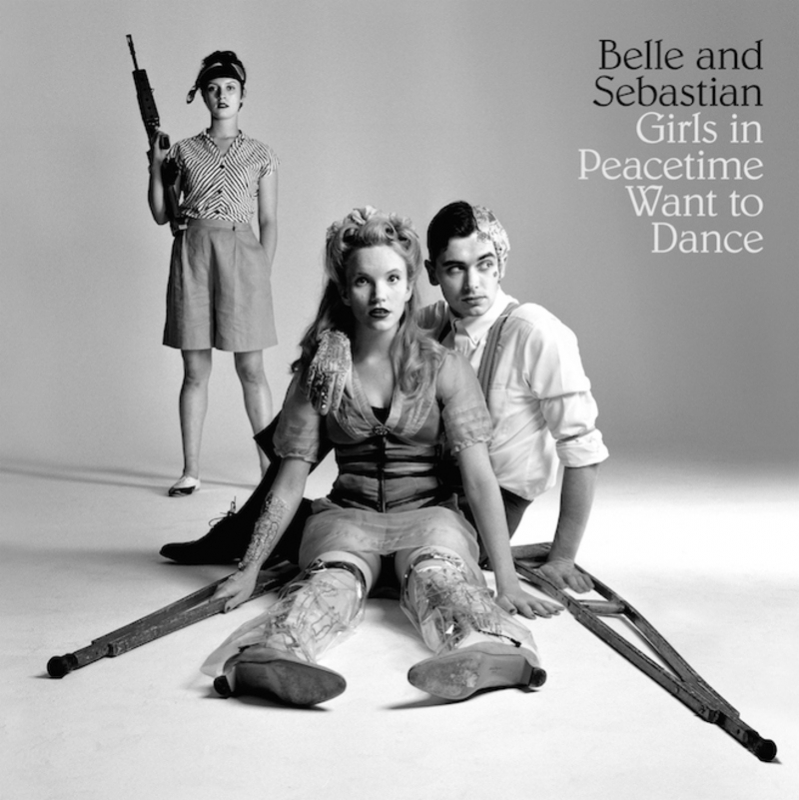 The Glasgow gang is back with their ninth studio album, and oh boy, it’s a smashing success. While Stuart Murdoch’s affecting songwriting and wistful croon are still the backbone of the B&S songbook, and the tunes are still imbued with that lush, Northern indie pop flourish, Girls In Peacetime Want To Dance shows that after nearly 20 years, Belle and Sebastian still have some tricks up their sleeve. The wistful groove of “Nobody’s Empire”—one of Murdoch’s strongest tracks in a decade—opens the album unassumingly enough, but the P-funk thumpin’ of “The Party Line” and the swingin’ electro-pop rhythm of “Enter Sylvia Plath” scratch a dance itch that’d been hiding in bell-bottoms throughout the bedrooms of bored teenagers since Murdoch put his pen to paper. Joining the cast for a tune is Dum Dum Girls’ singer Dee Dee Penny, whose subtle yet massive voice snuggles up with Murdoch’s on “Play For Today,” while Sarah Martin shines on “The Power of Three” and “The Book of You,” and Stevie Jackson’s lead on “Perfect Couples” is perfect Orange Juice–esque pop. While Girls in Peacetime doesn’t necessarily rewrite the book on indie pop, it’s a welcome chapter in the ever-growing story of the genre’s most high profile group. –Christian Schultz