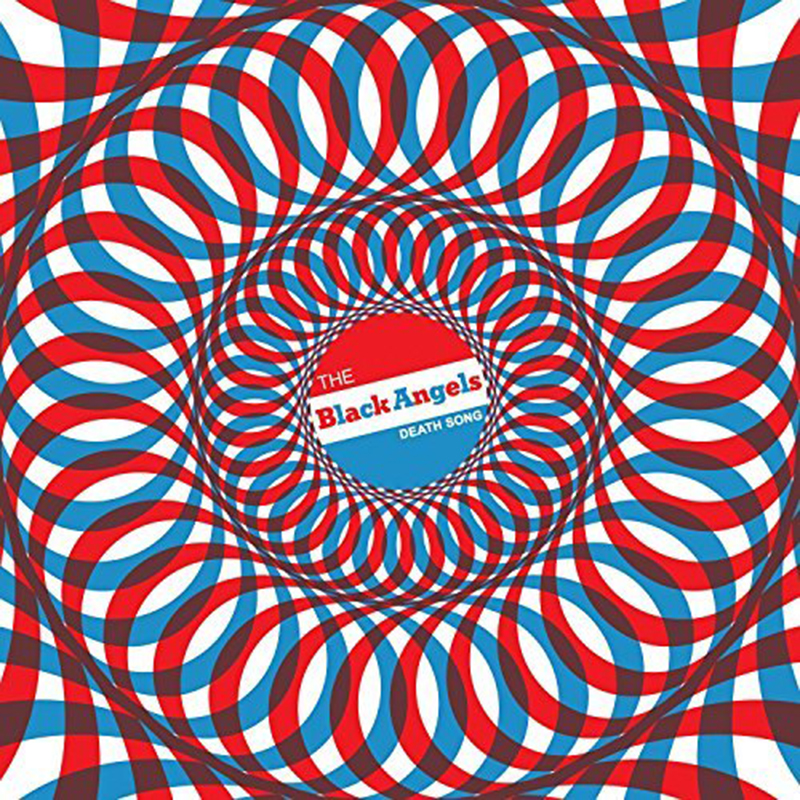 “The Black Angel’s Death Song” was released by The Velvet Underground in 1967. The cryptic song teeters on the edge of hysteria with the piercing screeches of John Cale‘s electric viola throughout the track. Austin psych rock band The Black Angels are releasing their first full-length album in four years, aptly titled Death Song. The nod to their influencers, The Velvet Underground, is undoubtedly obvious in the album’s title, but also finds itself mimicking that same sense of hysteria speckled throughout the LP. Death Song is The Black Angel’s attempt to bridge the gap between some of the sugary successes on their last EP and their missteps on Indigo Meadow.

“Currency” is the first track and single released on Death Song, and it isn’t dripping with the same psychedelic reverb, heavy organs and long, spacey guitar solos like songs past. Instead, “Currency” plays like a political anthem to the current POTUS and his cabinet. As the single scolds greed and injustice, it anxiously rips through Alex Maas‘ lyrics, “You print and print the money that you spend / You spend and spend the money that you print / One day it’ll all be over.”

“I’d Kill For Her” is bubbling with electric guitars, shuttering with reverb between chorus and verse. Maas howls, “It was so brutal / the way she moved / the perfect sniper / 100 proof.” “Half Believing” slows the tempo from the last two tracks. Maas’ voice is clearly audible as he sings, “Why are you so dangerous? / … It’s like my spell is almost useless.” The torrent love affair is accompanied by a haunting, dragging guitar. It’s as if the guitar has its own shadow. “Estimate” continues with political musings. It is a tortured nightmare that sounds eerily similar to a modern-day story on the news. A consistent beat reminiscent of a drum line is the punctuation for the severity of the song while Maas pleads, “Never going to lose you darling / never let them shoot us down.” He goes on, “All we have is us and you and me / Everyone we know is converting / I would love to stay here in this town / but they’ve poisoned our water.” “I Dreamt” is an anxiety-ridden, bad trip. The 6-minute, 31-second track, “Life Song,” closes out Death Song leaving it as lost as it began. Maas cries, “How can I explain with no voice, with no change? / As I’m traveling upside down into a world of the unknown.” The echo lulling into a state of permanent hypnosis as the record comes to a fateful close. “I’ll see you on the other side.”

Death Song finds itself in a constant psychological state of questioning. The themes of the album twist through political turmoil, sexual deviance and love that hurts—and hurts good. Death Song never finds an answer to all of its questions, but instead finds itself drenched in a similar dilemma to the one The Black Angels were in back in 2006 when they released Passover—a dilemma that catapulted them into psychedelic success. The Black Angels skipped any semblance of pop that we’ve heard in recent releases in favor of heroine drenched rock n’ roll.

The Black Angels announced an East Coast tour, Death March, come spring. Though they haven’t released the dates for the western part of the tour yet, they plan on hitting Salt Lake. Death Song will be out April 21. Make sure to keep an ear to the ground for their Salt Lake City tour stop and snag yourself a copy of their newest release. –Alexandra Graber