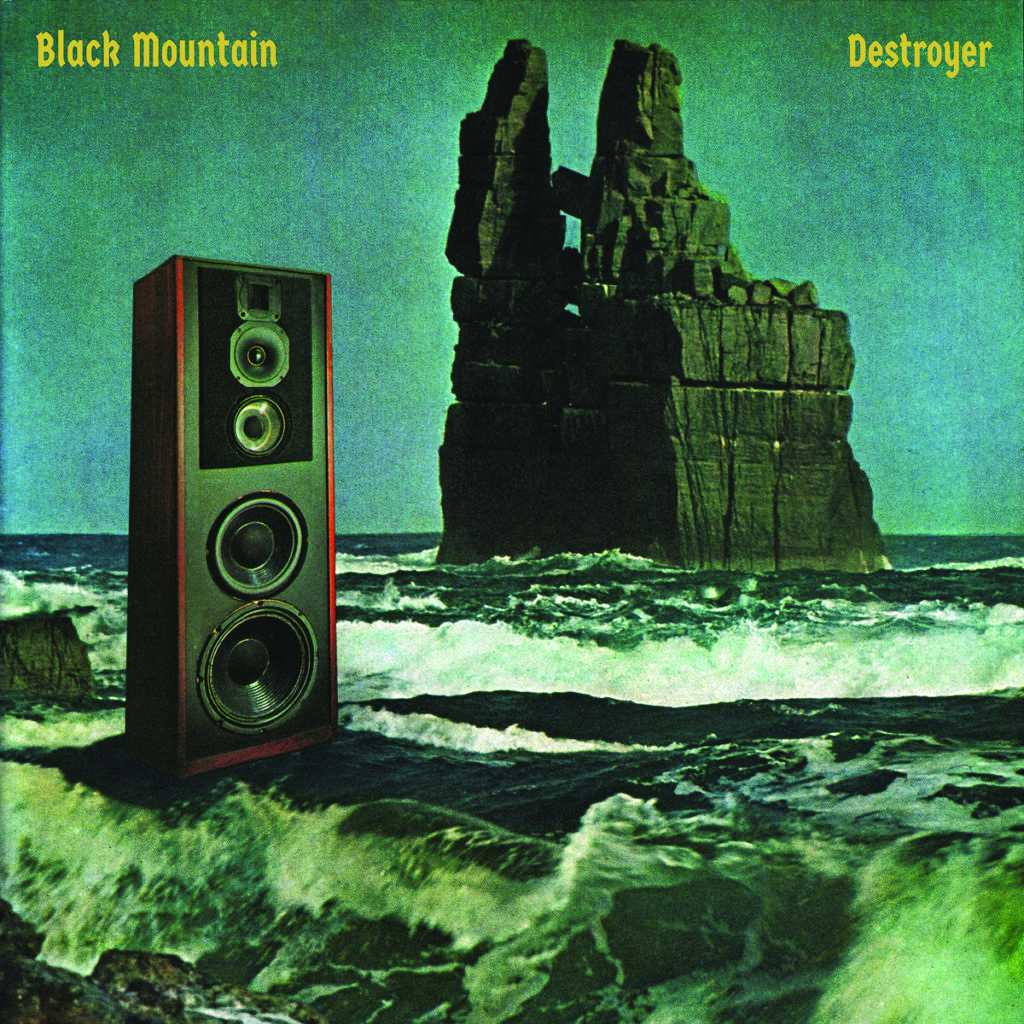 It’s always an interesting journey to take a Black Mountain trip. The thickness of various sounds presented in the band’s music is something that takes many listens to sift through and process. There are nuances there, tiny things to discover, tiny things that are painstakingly placed, thus deserving of attention once found. Destroyer, Black Mountain’s fifth full-length album, is no different in terms of the experience’s magnitude, though there is certainly new ground within.

I’ve loved the last two full-length releases by Black Mountain, 2010’s Wilderness Heart, and 2016’s IV. Both contained fresh takes on tried and true sounds. Their influences on the band are obvious most of the time, though not redundant. The riffs are heavy, Jimmy Page heavy, but not old or derivative, as there is always something very new inserted alongside. It’s as if the The Doors and Black Sabbath had a millennial child who listened to The Who as much as STRFKR.

Black Mountain is good, really good. A lion’s share of the credit goes to the band’s frontman, Stephen McBean whose ax handling is second to none. He is also no slouch when it comes to vocals. With the added backing of new band member, Rachel Fannan, the two perfectly combine and highlight each other’s vocal skills. The two are paired much differently than how McBean was with Amber Webber on albums of yore, but the difference is just that, not better or worse. I will say that I miss Webber’s Grace Slick-like presence though, just saying.

Destroyer begins with the album’s lead single, “Future Shade.” I heard this song a while back and was somewhat thrown off by it. I felt it was hair metalish, arena rock, not the psychedelic prog I have learned to love. But, upon second and third takes, and many subsequent plays, I’ve truly warmed up to it. The song is really a great tone setter, something to put the asses in the seats and keep them there.

“Horns Rising,” the album’s second track was more of what I was expecting, though it is enmeshed with a lot of the touches that make this band so unique. I absolutely love the work of Jeremy Schmidt on this song. His electronic expertise provides contrast and something that reaches out and pulls the listener in.

Another track that stands out is “Pretty Little Lazzies.” McBean absolutely shreds here. It starts like a flower child anthem, then winds down grunge pathways while still holding loosely to the tie dyed lasso. The synth is eventually laid over the entire thing, taking both hippy and flannel greaser into outer space to catch something David Bowie left up there. It’s colossal.

My absolute fave from Destroyer  is “Boogie Lover,” hands down. It is here that Fannan’s addition is on full display. This song also contains my favorite riff. It begs the listener to move from the onset. I’d bet it’s nearly impossible to withstand that urge for the duration. This track conjured a lot of thoughts of Black Sabbath’s Paranoid, but again, with a modern, singular twist.

There isn’t a lot of stuff out there that sounds like Black Mountain, though Black Mountain sounds like bits and pieces of so many things. I love what this band has done with their sound. Instead of trying to sound like any number of great bands from great eras, McBean and company have mixed all of their influences and eclectic tastes into something they deliberately push into the next realm. I’m always surprised when they find a new way of doing that. Destroyer only has eight tracks, and there simply isn’t room for any sort of lull or filler. There are no bad additions. This album is solid from beginning to end. –Billy Swartzfager