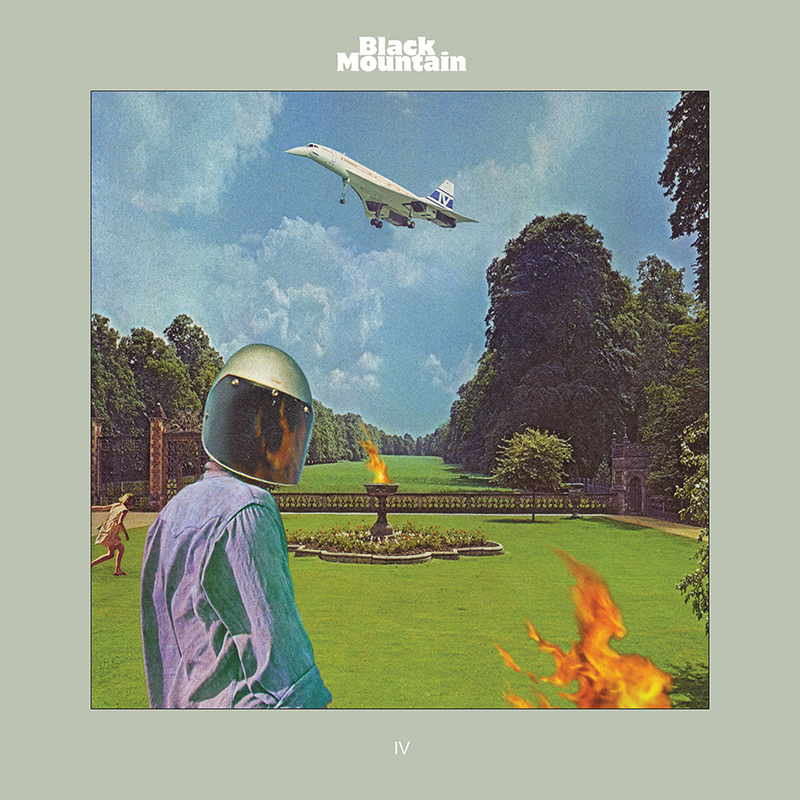 “Defector” is lightly mathy with synthesizer styling that sounds like it was recorded in orbit around Ursa Minor. Liltingly progressive keyboards underlay steady percussion and a mix of interspersed, slow-head-bang-worthy six-string aftershocks. Harmonies slip or catapult back and forth between Amber Webber and Stephen McBean, who play off of each other in their twangy, angst-ridden intonations. Dreamy krautrock, a velvety acid trip, swirls eardrums while heavy blues psychedelia pounds through like a violently throbbing heart. This trance is brought to you by John Gourley and hosted by Neu! On the surface, the mix may seem incongruous, but it is eclecticism that makes this album so significant. Atmospheric guitar solos round out the set with some classic throwbacks, à la Hawkwind. This addition is subtle when transformed with modern blues and heavy reverb, but the influence is still apparent.

It is often easy for a group to stick to a tried-and-true method for hard rock, but Black Mountain seem to take every song with an entirely different perspective. “Constellations” reeks of mid-2000s alternative without the nostril-heavy vocalization of many bands from that era. The substantial use of cowbell and a Dennis DeYoung injection had me flailing my hair until I slipped and fell into the cat bowl in my kitchen. With a bruise on my shin, screaming “More cowbell!” to myself has left my body sore and emaciated, but exhaustion and endorphins follow a good flurry of limbs and vocal chords. “Line Them All Up” employs melancholic folk, letting listeners surface for air. Previous songs on IV make this sweet and emotive piece unexpected, but it allows for a dose of self-reflection amid a chaotic front half. It felt as if a reincarnation of a 1975 Stevie Nicks was channeling through my speakers, perfectly captured in bittersweet and earnest candor.

Heavy eyeliner and black wristbands not required. “Cemetery Breeding” is a gem, cutting and reminiscent, providing a bridge between the silky and thunderous rudiments of the album. The story in this song deals with somber affection and the simultaneous acceptance of death. Youthful anguish, when put in an adult perspective, is still the same, hidden cherry pit of despair, now less a scream and more a whisper, and it has become clear that nobody understands you, still. The contrasts evident on this album only seek to make the opposite more intense. Listening to this masterpiece from beginning to end feels like a psychological journey spanning from elation to utter dejection. How ready are you to get to know yourself? The balance between shadowy romanticism and murky, driving rock n’ roll provides a rare, raw sincerity.  It’s only April, and I’m already positive that this will be my favorite album of 2016. Are you listening? –LeAundra Jeffs