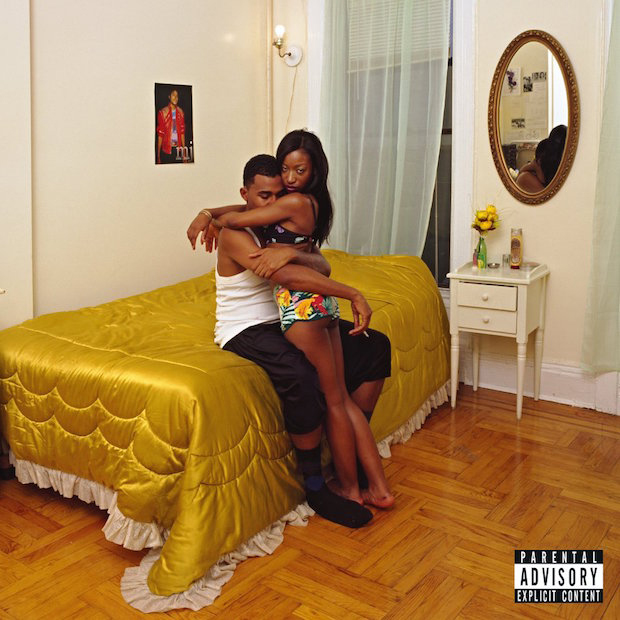 The definition of a blood orange is a variety of orange with crimson, almost blood-colored flesh. The fruit is roughly the same size as an average orange, but sometimes can be smaller or larger. Its skin is usually pitted but can be smooth. So is the same of Devonté “Dev” Hynes, also known as Blood Orange, and formerly part of Lightspeed Champion. Hynes is a British singer, songwriter, composer, producer and author who got his start playing guitar for the dance-punk band Test Icicles, which released only one full-length album, For Screening Purposes Only, in 2005. He has the unique ability to walk into a phone booth and make the phone book interesting, new and relevant—kind of like how Andy Warhol made soup cans high art.

Hynes understands the postmodern malaise that is pop culture, a culture driven to simple distractions that turn our attention away from a world collapsing in on itself. Hynes takes multiple themes like loneliness, relationships, displacement, race, rage, love, hate and sex and throws everything up against the wall. It all seems to come together as the colors bleed down. This is exactly how Freetown Sound expresses itself. It comes at you, at times, from all over the place, but it straightens out in the choruses or refocuses with repeated lyrics that show up in multiple songs. The album is a quilt individually stitched together.

Freetown Sound sounds like mid- to late-’80s Around The World In A Day / Parade / Lovesexy Prince or Songs In The Key Of Life Stevie Wonder. Hynes also drops that quivering-falsetto Michael Jackson vocal styling in a clear nod to The King Of Pop. All the comparisons aside, Freetown Sound is clearly Hynes’ focused vision. Hynes invites many women vocalists to come in and help hold his vision together on songs like “Love Ya” (Zuri Marley), “Hadron Collider” (Nelly Furtado), and the standout “Better Than Me” (Carly Rae Jepsen). New-wave punk legend Debbie Harry joins Hynes on the track “E.V.P.” The song is a funked-up trip that could easily be a sequel to Harry’s 1980 smash hit, “Rapture.” Hynes sings, “See you want a place that’s still / Place to cure your ills / A place to save your face / And keep you calm when you’re uphill.” He leans into the chorus that is repeated throughout the album: “Choosing what you live for / It’s never what you make your life.”

Freetown Sound isn’t Sergeant Pepper. It also isn’t the meticulously calculated beautiful mess of the Beastie Boys’ Paul’s Boutique or the weirdness of De La Soul‘s 3 Feet High And Rising. It doesn’t have that standout hit like “Wishing Well,” which made Introducing the Hardline According To Terrance Trent D’arby an underrated masterpiece. What it does have is Hynes’ reach and unquestionable talent.  Hynes is able to hold shifting subjects and themes together without losing focus. In the end, he keeps it all smooth—like a blood orange. –Russ Holsten