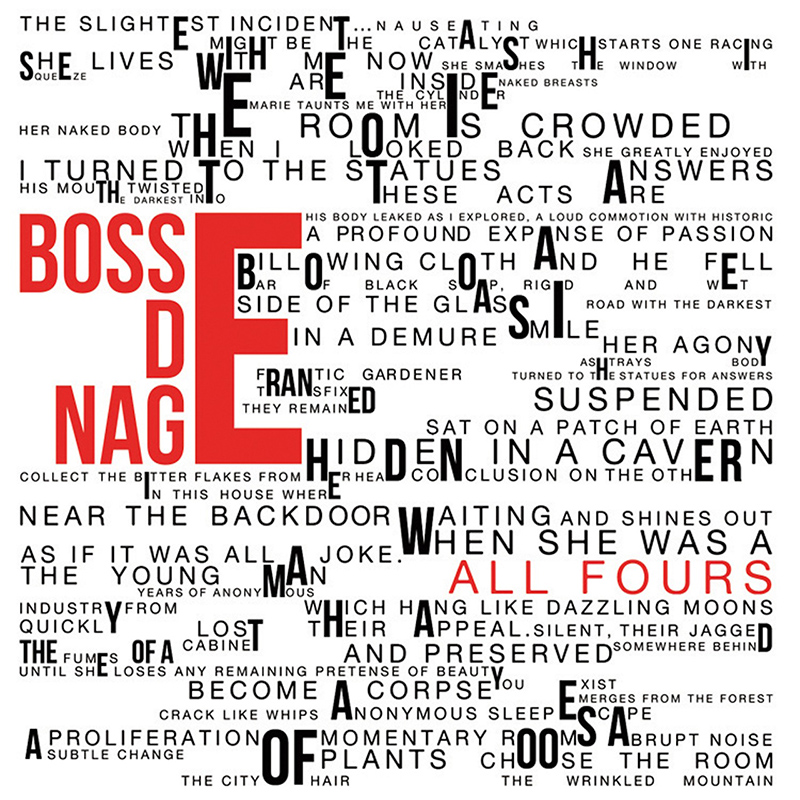 A common theme in early press for the new Bosse-de-Nage album is that their last release was a split 12” with fellow Bay Area black metal band Deafheaven, and not without reason. Deafheaven have significant crossover appeal and have brought black metal at least a little closer to the forefront of indie-rock consciousness. With their similar style, I imagine Bosse-de-Nage are hoping to benefit from the association and, with this album, they definitely deserve it. Though the music is darker and less melodic than Sunbather, All Fours brings the same quality, clarity of sound and intensity of that album, which is no surprise, considering they have the same producer. Bosse-de-Nage probably won’t blow up like Deafheaven did—it’s not quite that accessible—but they sure do deserve it. –Alex Gilvarry