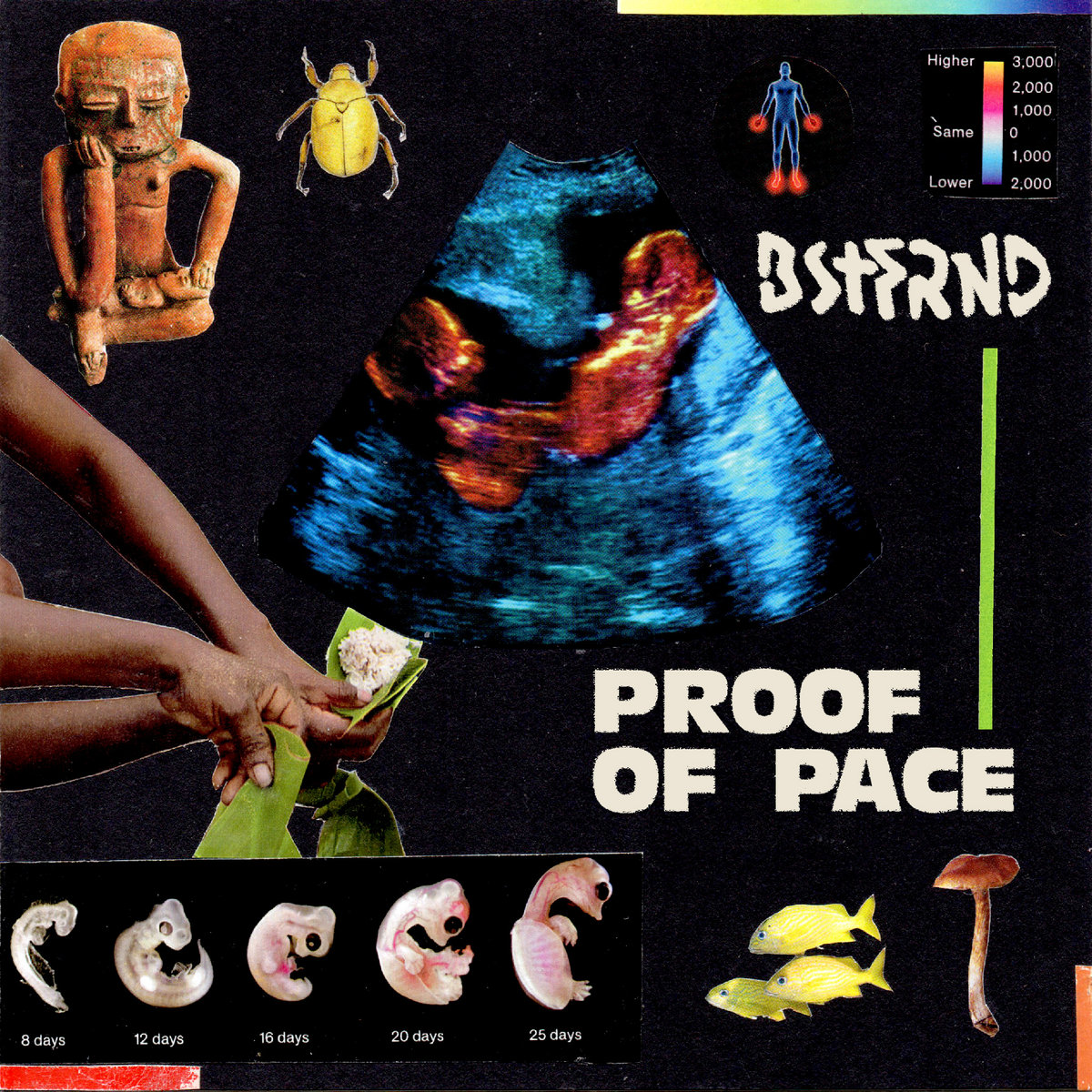 Brooklyn musician BSTFRND is back with their new release, Proof of Pace. The album is an electronic pick-me-up with heavily experimental vibes, and it draws on so many influences it can be hard to keep things straight. From Kmart shopping music to lo-fi house, BSTFRND takes a dive into who he is as a person, moving away from past sounds and looking forward to a fresh future of creating.

On BSTFRND’s Bandcamp, the artist explains the release of Proof of Pace and where it fits in the rest of his discography. BSTFRND says over the last few years he’s experimented with new sounds because after his last album he felt lost. He said the catharsis of releasing a piece of art quickly faded for him, and he was left wondering what would come next and if his musical style truly reflected his passions and goals as an artist. He asked himself why he struggles with certain issues in his life and found he wasn’t being true to himself. BSTFRND says this caused him to realize that “the music I started making in the first place was Dance music.” After having the realization, BSTFRND said he dove into a new style and workflow.

The intro of the album, “Ghetto Yerba Mate,” has an amazing vaporwave feel to it and a lower energy than the rest of the tracks. The listener is welcomed into a soundscape that takes a surreal look at vintage elevator and shopping muzak. The track is slow, meandering through sounds, repeating itself. It serves almost as a palate cleanser for the rest of the album.

Jumping right into the second track, “Identity Crisis,” the listener can tell from the start there’s a different feel and style from the intro. BSTFRND ups the energy, using a quick breakbeat over washed-out synth sounds. There’s an obvious dance vibe to the song but not in your typical mainstream way. It’s hard to put one’s finger on, but the combination of breakbeat drums and slow, cloudy synth sounds that seem to come straight out of a 1980s hairspray commercial creates a track you want to dance to while simultaneously observing it like a piece of museum art.

The rest of Proof of Pace goes in a couple of different directions. The third track, “Backwards Thinking,” is four minutes and forty-four seconds long and more experimental with less of a dance vibe, followed by three short tracks, “Musique Concréte, “Cause for Pause” and “Praxis (interlude).” These three tracks are where BSTFRND’s new influence and journey of self-discovery are most apparent. The main difference in these tracks that makes them stand out is the beat. BSTFRND uses lo-fi house kicks and snares, which moves the tracks along at a more danceable pace. BSTFRND uses similar synth sounds and samples in the tracks, but they take a different feel when paired with house-style beats. Instead of being presented to the listener as an “interesting sample” that stands out, the sounds step back into the beat, creating a more cohesive track.

Being a graphic designer as well as a musician, BSTFRND’s cover art on Proof of Pace is pretty amazing and surreal. The artwork appears as a collage of images, from the development of a bird of some kind from fetus to close to birth, to heat signature reading scales. The artwork is beautiful and experimental, just like the album it accompanies.

BSTFRND says, “I hope that in reading this, looking at the cover art and listening to the music you can get a small slice of what I’ve got going on in my head. I hope to make things much clearer with my next album, and I hope that in some way this art helps you understand that you’ve got it within you and your powers are infinite.”

Stay on the lookout for more albums from BSTFRND, as he continues to refine his style. You can listen to his music here: bstfrnd.bandcamp.com. –Taylor Hartman