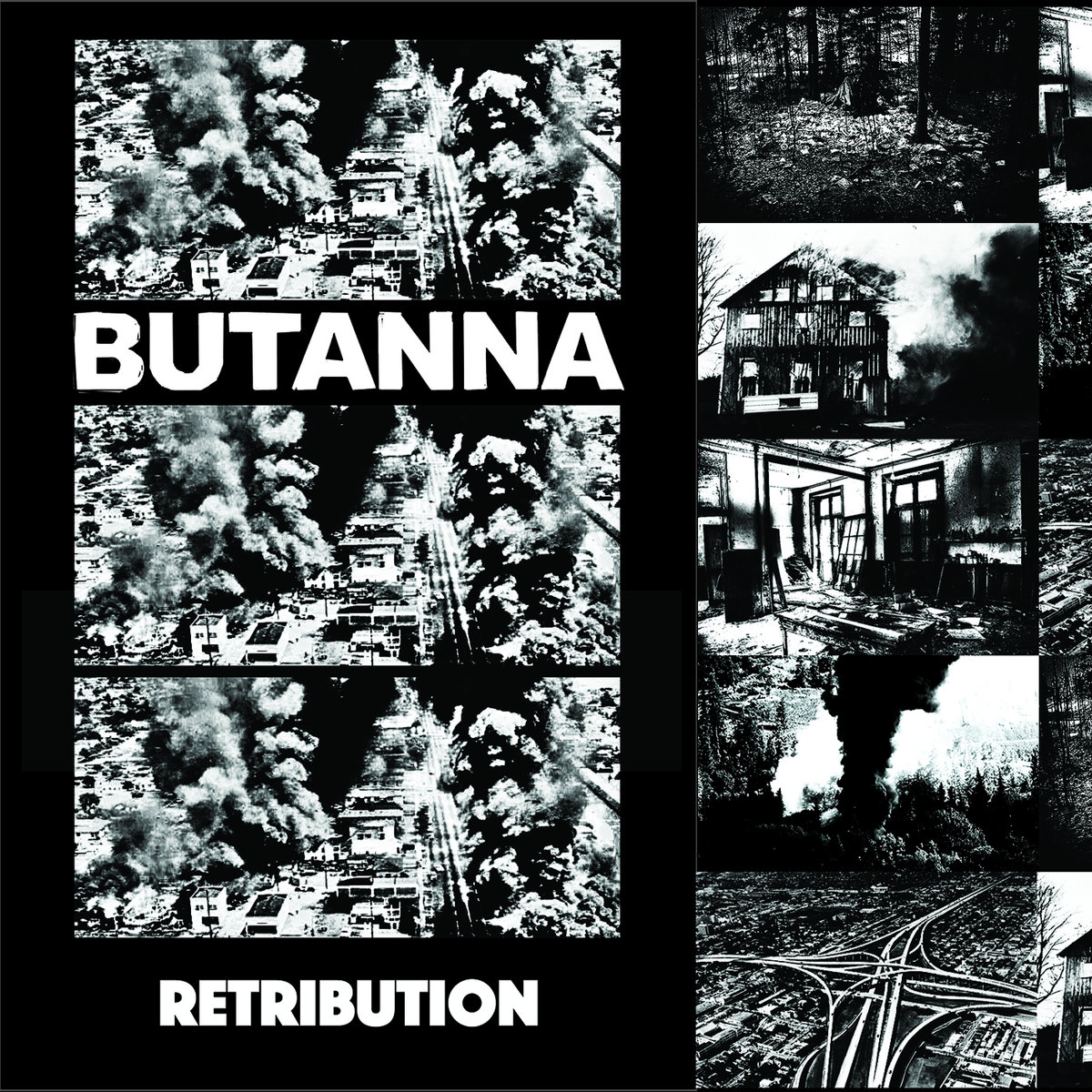 There is something automatically gripping about the opening riffs of “Pleasure Principal,” the first track on BUTANNA second effort, Retribution. A mix of throaty vocals and a driving bass line, “Pleasure Principal” is an almost visceral experience: The energy is ever-present throughout, like a punch in the gut, with a break in the song that has the guitar and bass mimicking each other’s rapid-fire lines before slowing down the tempo briefly to really add a heaviness before gradually bringing it all back to tempo again. BUTANNA oozes with an anarcho-punk appeal and an undertone that hearkens back to the days of The Bags and Dead Kennedys, yet keeps a more contemporary feel with a sound similar to that of G.L.O.S.S. The lead vocalist, known as Vanessa, has a certain grit to her voice that is contagious yet strangely melodic, especially in “Blame and Guilt” as she croaks out, “She’s so fast / You’re so slow,” highlighting the strain and cracks in her incessant yell over a gradually building guitar progression and rapid bass line. The rhythm in “Blame and Guilt” breaks up the fast-paced feel of the album with a line that is a little bit slower, a lot heavier and filled with syncopation and harmony between vocals and instrumentals. Retribution almost has a live-performance feel, yet the polished recording really highlights BUTANNA’s instrumental and vocal prowess. My only critique is that I simply wish there were more tracks to showcase what I’m sure this band is capable of, however, I’m certainly not complaining about the seven tracks that did make it onto Retribution. The simplistic raw power of Retribution sets these Bay Area–based punks apart in the realm of hardcore punk being released by unsigned talent. BUTANNA are definitely worth the attention. –Ali Shimkus