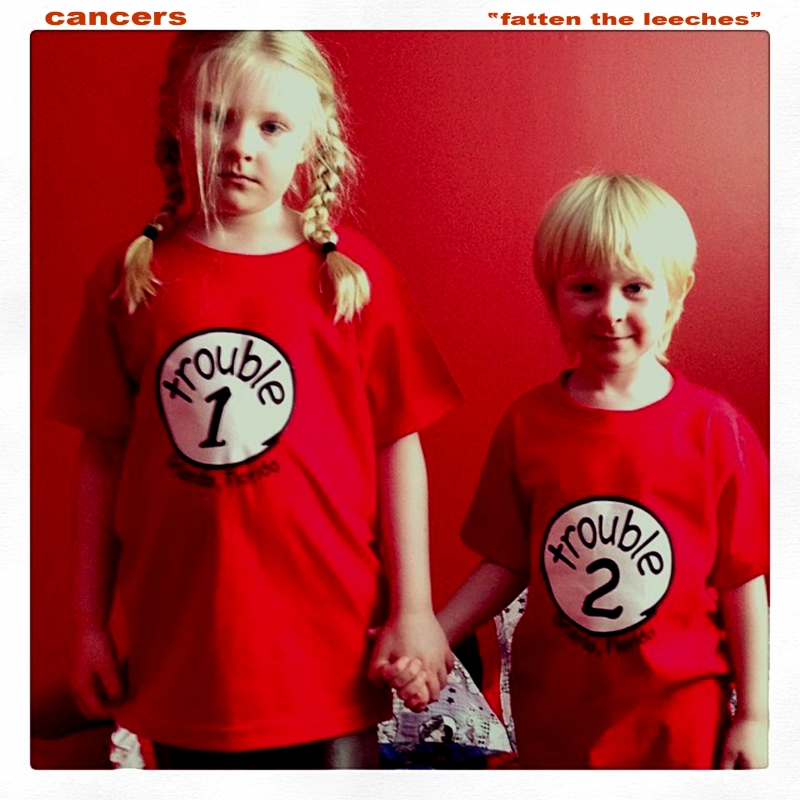 Cancers are Athens, Ga–based duo Ella Kaspar and Lenny Miller, and they are putting out some of the fuzziest, ’90s-est slacker punk since the summer of ’92. Fatten the Leeches, their debut album, fronts a grunge aesthetic culled from cross-country tours and previous lo-fi demos, filtered by “Godfather of Grunge” Jack Endino (early producer for Babes in Toyland, Hole, Mudhoney andNirvana’s Bleach) and recorded at Soundhouse Studios in the grunge capitol of the world, Seattle. The album impressively captures the alt angst and pop sheen that was so fertile back then, and makes their own refreshing mark with vulnerable lyrics and punk attitude. –Christian Schultz
Photos: