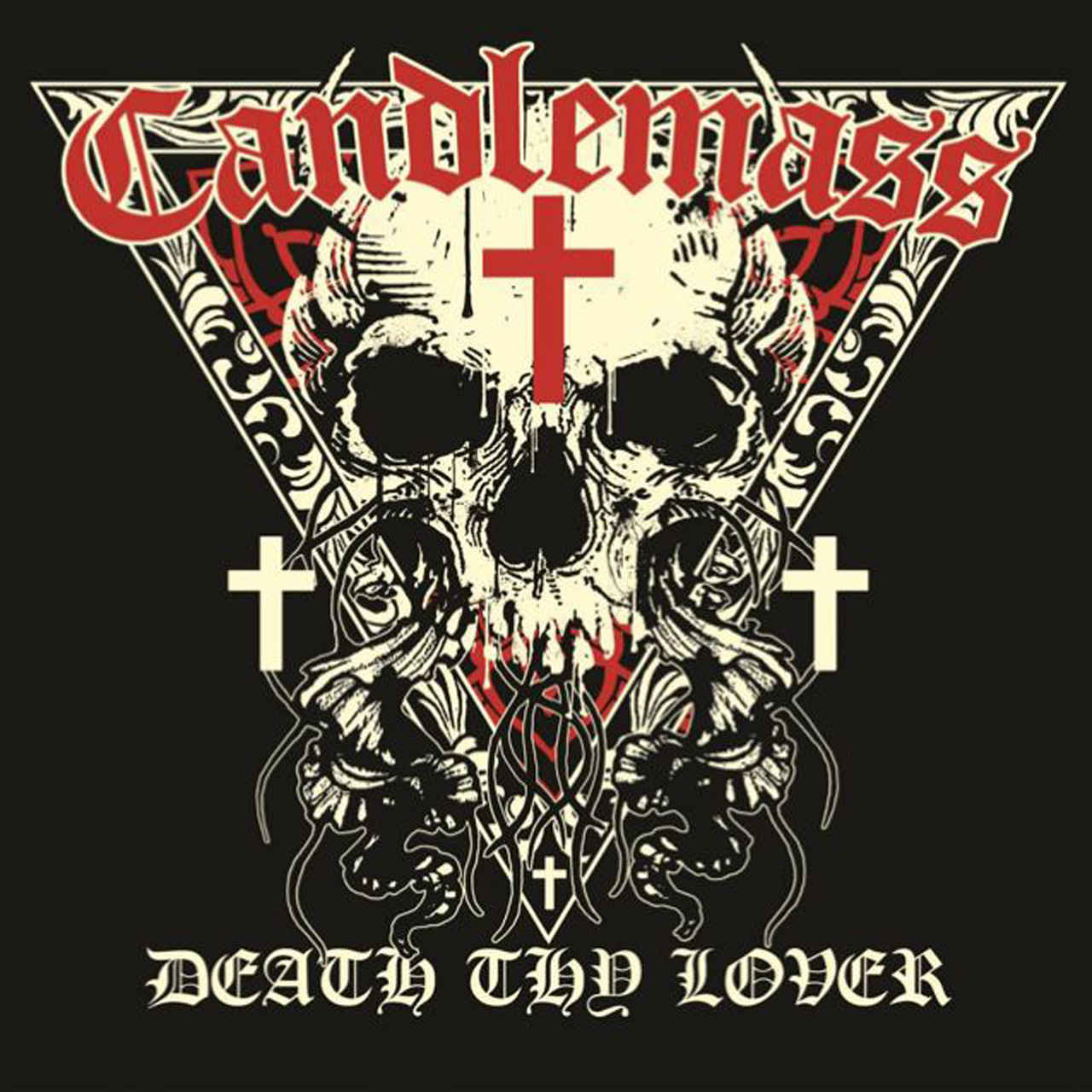 I’m not a diehard Candlemass fan to the extent that many of my friends are (I’m looking at you … the guy with the Epicus Doomicus Metallicus artwork tattoo). I still love them, mind you (Candlemass, that is. My friends can all go to hell and rot while I watch them suffer with stoic indifference). Y’all are probably going to stone me with rocks glazed with broken glass while I’m sloppily nailed to a flaming crucifix for saying so, but I much prefer the early incarnation of Candlemass, before they changed their name from Nemesis and when bassist Leif Edling also handled vocal duties. It had more charm, I feel: Edling’s lisped vocal delivery on “Black Messiah” is priceless, and that track is perhaps my favorite offering from the band to date (a song later reworked into “Incarnation of Evil” on Candlemass’ 1988 album, Ancient Dreams). Nemesis’ demos are milestones—defining moments in doom metal history—but I could write this entire review about the subtleties that makes Nemesis so damned awesome.

That said, I’m going to review this EP anyway. There are but four tracks on Death Thy Lover. The first, the title track, opens with a swirling guitar lead, building to the speed metal main structure of the song. It’s heavy, and though I still wish Edling would take the helm at the microphone, the band’s relatively new addition, Mats Levén, does a fucking fine job of singing his way through the album (except for the last track—he boned out completely on that one), with both an impressive range and evil delivery. “Sleeping Giant” reminds me of the silly-but-still-awesome earlier work of the band: slower in tempo, a bit more repetitive and lyrics that belong in a box under your bed—a box that’s only to be opened to make you laugh on the bluest of days. “Sinister N Sweet,” a title that may evoke a cinnamon-flavored artificial-sugar alternative, is slower as well, but it’s got more in the tempo and variation department, complete with a pube-singing solo. “The Goose,” with the best title of the bunch (even a genocidal goose in the midst of wiping out an entire species of endangered wildlife is cute, in the end), is somehow the darkest-sounding song. The lead guitar floats over a chugging string-rhythm section and a slow, crashing drumbeat. The song was over before I knew it, and it was instrumental … Maybe I enjoy the music more without vocals, or maybe it’s just a fucking cool song. I’ll leave that open to interpretation.

Catchy, old-school and doomy—consider me satisfied. There’s a reason why Candlemass are one of the most revered and important bands in heavy metal history, and while I’m not shitting my pants due to being blown away by Death Thy Lover (note: I am in fact defecating this very moment, fully clothed), this is a great little offering from these pioneering Swedes. Those who invented the wheel don’t owe anybody shit and don’t need to go reinventing it. This does a good enough job of rocking thoroughly. –Alex Coulombe