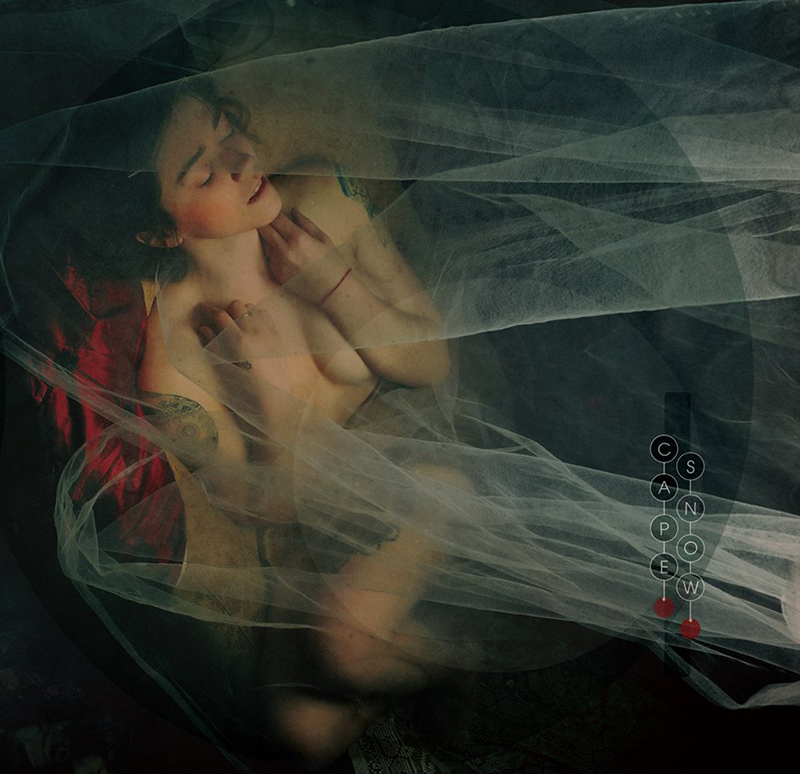 A bicoastal collaboration of sorts between LA-based singer Bree Scanlon and members of New England’s Tiger Saw and others, Cape Snow are a pleasant enough sounding group and perhaps most unique for its minimal use of electronics, instead relying on traditional instrumentation. Composing by singing her melodies into her phone to later be fleshed out both musically and sometimes lyrically by Tiger members Dylan Metrano (guitar, xylophone, etc.) and Guy Capecelatro III (guitar, keys, bass, etc.), Scanlon recorded some of her vocals at home and some with the band in New Hampshire. Despite the very 4AD-ish cover and some pretty melodies (like the gorgeous “One More Time” and “Sweet Dreams”), the problem is most of this debut sounds bland. While pleasant, Scanlon’s delicate voice lacks real range and drones along rather than offering anything unique. It sounds richer when she’s joined by Mara Flynn, like on “Never Let Go.” –Dean O Hillis