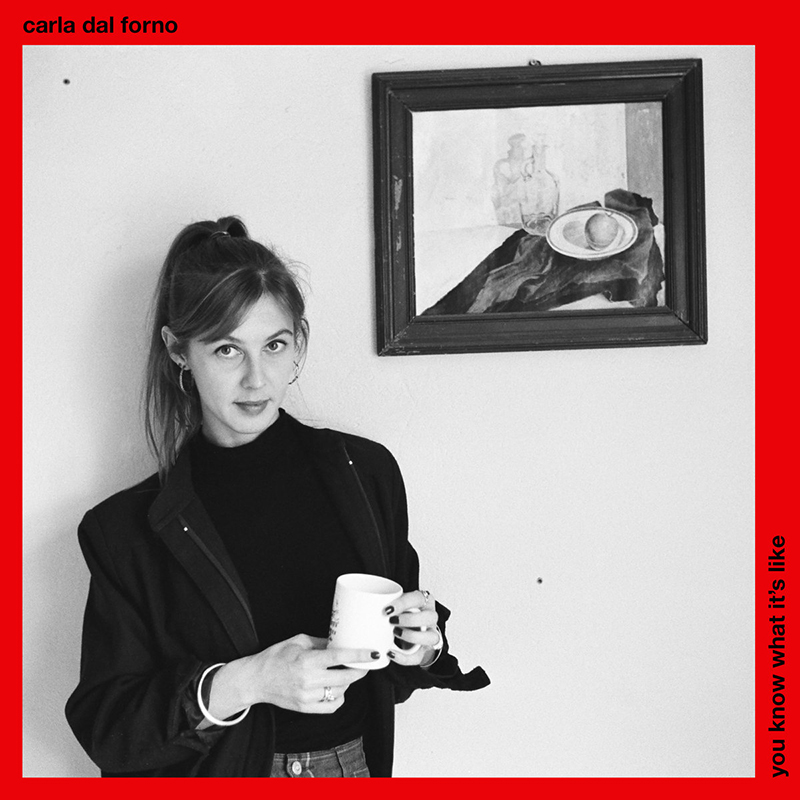 Review: Carla dal Forno – You Know What It’s Like

It seems preposterous that this is Carla dal Forno’s debut album. Her work has been an imbuing force within the experimental powerhouse Blackest Ever Black for the past few years. The Australian-bred, Berlin-based dal Forno has split time with frequent collaborator and multi-instrumentalist Tarquin Manek in the BEB-affiliated F ingers and Tarcar. Striking out on a solo project, dal Forno is home in the haze of eliding synthesizers and the funeral-paced BPM of this record. Being acquainted with dal Forno’s past projects, You Know What It’s Like feels familiar, cognizant of its lineage but firmly committed to striking new ground.

You Know What It’s Like is an album rooted in stark minimalism. While much of the album’s sound palate lurks in the shadowy greys and blues barely outside of our perception, the heart of each song is a propulsive melodic center, shepherding dal Forno’s after-midnight, world-weary seduction toward a compositional landing place. Much of that propulsive center can be found in dal Forno’s stark post-punk bass lines and early house’s utilitarian use of syncopated beats. In the mid-range, dal Forno layers placid arpeggios atop shadings of darkwave and thick, syrupy tonal shifts. It’s an intoxicating record, an addicting blend of deconstructed dance music and deliriously dark passages ferried around by dal Forno’s deadpan delivery.

The lead single and second song on the record after the ambient intro is the nocturnal pulse of “Fast Moving Cars.” A sultry, heat-warped track centered around a truncated Kraut bass line, dal Forno’s disembodied poetics and pitch-shifted synthesizers oscillate within the claustrophobic confines of the track. “DB Rip” follows up with the most straightforward yet deconstructed dance track on the album, replete with the compressed air hiss of a fog machine within the first minute of the track. The 4/4 house beat, keyed-up synths and vocoder sound like they are fighting their way out of a club completely incased in agar. The beats come straight out of the substrate and right into your busted ear drum.

“Dry In the Rain” begins with the most customary psychedelic passage on the record: a sun-fried acoustic guitar raga laid beneath spaghetti western–sounding pan flutes, flourishes of bongo drums processed through plenty of reverb in the album’s most trance-inducing track. You Know What It’s Like proves that Carla dal Forno is completely capable of producing stately pop songs in signature and affect. “You Know What It’s Like” is a faraway-sounding Stevie Nicks B-side sent  out beyond the solar system and back. Replete with massive percussion and an earworm synth line, this song is about as moving and mysterious as this record gets.

You Know What It’s Like will hardly be viewed as a polarizing record. For those who “know what it’s like,” this album hits on almost every auditory sweet spot across our damaged brains: deconstructed rhythmic elements, poised pop perfection, unrelenting sultry grey and those stoned-and-alone synthesizers that pierce like strobes through thick walls of fog. –Ryan Hall